BY ROGER FARBEY
February 6, 2015
Sign in to view read count 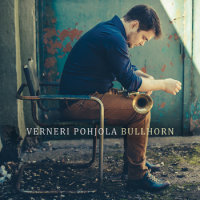 Trumpeter Verneri Pohjola's third album as leader manages to succeed on several different levels. The opener, "Another Day" captures the listener's attention with plangent piano chords and a soaring trumpet theme. "Girls Of Costa Rica" is a paean to Miles Davis' "Filles De Kilimanjaro," the first few bars echoing (but not entirely copying) the start of that most famous track, but then departing down a different road, underpinned by an obligato bass line and satisfyingly augmented by Jussi Kannaste's tenor saxophone.

The languid "He Sleeps, I Keep Watch" has a teasingly familiar opening passage, reminiscent of the slow movement from Antonín Dvořák's "Symphony No. 9," but gives way to an elegant, repeated motif and sensitive trumpet soloing accompanied by sparse percussion and bass.

The gloriously anthemic title track is embellished by a memorable repeated theme interspersed with Pohjola's captivating soloing, seguing straight into the slow waltz "In La Borie," in which the trumpet lays down a melancholic melody line over restrained piano, bass and delicately brushed snare drum.

A cymbal crash introduces the short ballad "This One Is For You" where Pohjola offers-up an echo-laden ghostly trumpet solo. By contrast the vibrant "Nanomachines" is redolent of the post-bop contrapuntal excitement of Ornette Coleman's early groups. A quietly contemplative "Ouroboros" quartet piece precedes the majestic "Cold Blooded" which benefits from a magnificent brass hook line.

The closer, the appropriately titled "The End Is Nigh," begins sedately with the quartet, building-up to a luxuriant big band feel in the ensemble passages. Pohjola's sometimes lyrical, sometimes strident approach to his instrument combined with his talent for varied, strong and inventive writing makes for a hauntingly irresistible album.