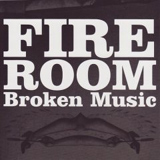 An internationally renowned collaborator, Vandermark's choice of sidemen speaks volumes about the direction of his cooperative projects. In this setting he limits his arsenal to tenor and baritone, favoring the weighty tone of the big horn. As the sole melodist, he vacillates from blistering scalar runs and exhortative multiphonics to pneumatic linear ostinatos that provide rhythmic underpinning.

A phenomenally gifted percussionist, Paal Nilssen-Love's work ethic is as inexhaustible as Vandermark's. In addition to their numerous collaborations (duo, FME, Territory Band), Nilssen-Love is a member of such esteemed Scandinavian ensembles as Atomic, Scorch Trio, School Days and The Thing.

The title track opens the album with a wall of grating distortion that briefly modulates into an ominous bass line before drifting into abstraction. Vandermark's strident tenor and Nilssen-Love's pummeling drums simultaneously lock into a vigorous brawl, accompanied and instigated by the undulating feedback.

The remainder of the record veers from the spectral pointillism of "Slag" to the intensifying drama of "Hand Lettered," which culminates in a wall of white noise. "Dashboard Fire" erupts with primordial force, while "Line of Lead" undulates with capricious ardor. Drifting between extremes, "When Water Burns Air" trades an opening salvo of spasmodic energy for a subdued coda.

Not for the faint of heart, Broken Music is a free-wheeling exploration through the extremes of electro-acoustic improvisation.