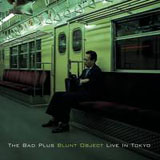 Matt Merewitz is a music publicist with specialties in new media and traditional print/radio/television. He is a former freelance music journalist and radio broadcaster.