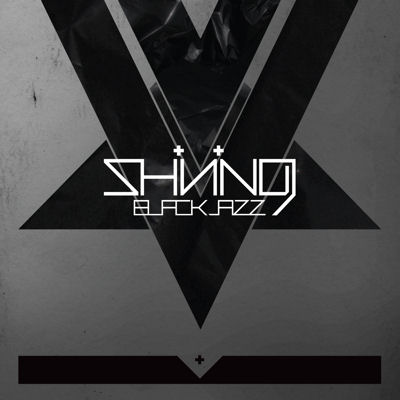 Few groups have been as inherently frightening from the get-go as art rock progenitor King Crimson, in particular tracks like "Cirkus," from Lizard (DGM Live, 1970), "The Devil's Triangle," from In the Wake of Poseidon (DGM Live, 1970) and, perhaps most iconically, "21st Century Schizoid Man," the opening track to the group's opening salvo, In the Court of the Crimson King (DGM Live, 1969). It's no coincidence that Norway's Shining has chosen to end Blackjazz with an even more terrifying, 21st Century update to "21st Century Schizoid Man," demonstrating Crimson's profound influence over the past four decades, but here taken to extremes that out-metal the Nuevo Metal of more contemporary Crimson's The Power to Believe (Sanctuary, 2003). Crimson's original was chaotic; Shining's version is sheer anarchistic nihilism—yet, in some ways, it's one of Blackjazz's tamest cuts.

Starting as an electrified, metal-tinged fusion band, Shining has been gradually throwing off its jazz roots over its past two Rune Grammofon albums—In the Kingdom of Kitsch You Will Be a Monster (2005), and even more so on Grindstone (2007). For its first post-Rune release, the group ratchets up the volume, the intensity...and the fear factor. "The Madness and the Damage Done" may reference grunge-folkster Neil Young's "The Needle and the Damage Done" in title, but substitutes deranged lunacy and thundering intensity for Young's mournful plaintiveness. The thundering, power-riff-driven "Fisheye" is, in drummer Lofthus' powerful groove, something of a high octane relief, though when guitarist Munkeby moves to saxophone for an unfettered aural assault, it becomes clear that, with Blackjazz, Shining is taking no prisoners.

The evolution towards a darker, death metal-tinged, occasionally goth and industrial sound hasn't come without a price. Only (Jørgen) Munkeby and (Torsten) Lofthus remain from past incarnations, and Munkeby has trimmed his extreme multi-instrumentalism down primarily to crunching guitars and screaming saxophones. Shining can still be considered a progressive rock band, but one with a far weightier presence than ever before. Norway has long been a bastion of death metal, but Shining expands the genre's usual combo of harsh guitars, thundering bass and pounding drums with synths, programming and arrangements that are often more complex. Still, that doesn't detract from Blackjazz's overall relentless nature.

The first of two back-to-back tracks called "Exit Sun" begins with an overdriven, irregular-metered riff, part of an episodic eight minutes that, despite its ruthless implacability, manages to cover a lot of ground. Shining may no longer be anything resembling jazz, but even at its harshest extremes, many of its components couldn't happen without at least some players possessing exposure to the jazz continuum, making Blackjazz a not inappropriate title.

But with its growling and screaming vocals, swirling, ferocious attack and unyieldingly sharp edges, Blackjazz is nothing short of a progressive metal masterpiece—hard on the ears and even harder on the mind but, in its sheer power and visceral depiction of the dark side, impossible to ignore.