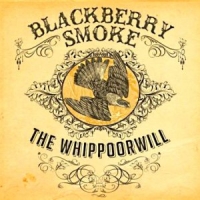 In the same way that Southern Democrats became gentrified Republicans with a cracker patois over the two generations since LBJ's Civil Rights Act of 1964, Southern Rock has become what passes for Outlaw Country Music on the fringe today. Forget Willie Nelson and Waylon Jennings and the boys, Jimmy Buffett wannabe Kenny Chesney effects the buff bad boy image singing those oh-so-clever and saccharine lyrics churned out by the tunesmiths inhabiting Cornpone Alley in Nashville and thinks he's "bad." Southern Rock melts into country rock melts into country forming a tepid mess of over-produced slide guitars and too-cute lyrics spawning memories like Christmas beer commercials of the lives we never lived.

Actually, none of these genre labels or clever critical barbs apply anymore in this miasma of atomized music (or politics), emitted like so much rabid musical radioactivity from iPods, mp3-players and, Dear Lord, what is left of free radio. Music is no longer a tangible commodity committed to vinyl or plastic. It is nearly virtual, electronic, easily acquired and easily disposed of in single-song packets of electrons. Identity is completely lost because of a lack of direction or intent outside of making the few of the last major labels a buck. The once exciting and new Brad Paisley is in danger of becoming that pantload married to Faith Hill and that fat singer for Rascal Flatts, bloated and overrated, becoming George Strait at the ACM. Fear and loathing in Nashville by way of Austin and L.A.

In the meantime, rock music lays moribund at the feet of hip-hop and the old guard (The Allman Brothers, et al.) are producing nothing new because they don't have to. The only place that the rock music of the 1970s had to go was into country music were it to be considered something other than fringe. Boston, ELO and every studio-perfected hair band of the 1980s made sure of that. What is supposed to pass for rock today, namely Nickelback, represents a major dumbing down of expectations by record companies. Nickelback sings "Rock Star" like it invented hedonism and debauchery, even if the group intended the song as parody, it still meant it. Rock music is about honesty and danger, not vicariously realized elements observed from a distance.

Which brings us to Blackberry Smoke. Active since 2000, the Atlanta- based quintet has made its name through hard work and appearances. What notoriety it has gained has been through a grassroots appeal gained through workman touring. The group has opened for The Zack Brown Band, ZZ Top and Lynyrd Skynyrd, increasing its overall exposure. But the motherlode has taken two previous albums (the mediocre Bad Luck Ain't No Crime (Cock of the Walk, 2004) and the considerably better Little Piece of Dixie (BamaJam, 2009)) to finally build up to its organic Southern Rock masterpiece, The Whippoorwill. It has put songwriting, particularly lyrics writing, back where it belongs...with the band.

The Whippoorwill sports some of the best country lyrics writing in recent memory. Country music took over the clever lyrics category when Tin Pan Alley and Broadway breathed their last popular music breath in the 1960s. But for every "Illegal Smile" or "She's Crazy for Leavin'" there are a hundred "If I Said You Had a Beautiful Body (Would you Hold it Against Me)," so truly great lyric writing remains elusive and very much a demanding discipline. Blackberry Smoke went through a rapid evolution on its first two recordings, admitting in an interview that it was just staging positions on the way to The Whippoorwill a lyrically-conceived album with a deep South soul.

Musically the band is very much its own influence. Sure the Allman Brothers leave their mark, but Smoke's major thrust is country music of the Jimmie Rodgers sort, had Rodgers played an overdriven Telecaster with a hard rhythm section. The double barrel attack of guitarists/vocalists Charlie Starr and Paul Jackson, effecting a harmony circa Jagger/Richards, 1972 and a twin guitar attack that is not so much Allman/Betts as...well, Starr/Jackson. Brad Paisley and Keith Urban can only hope to play this brand of country guitar. Brandon Still's keyboards are not those of the Black Crowes' Eddie Harsch's take on the Faces' Ian McLagan but that of Jerry Lee Lewis by way of Lynyrd Skynyrd's Billy Powell pounding out "Call Me The Breeze." This band is the total package.

Lyrically, Blackberry Smoke draws from the Southern small town experience, something that may not readily appeal to all, but nevertheless captures perfectly the Deep South aesthetic. This band is no tongue-in-cheek knockoff of the Georgia Satellites (though even those Georgian's had their certain charm) and if Smoke was reduced to such, much would be lost. It chooses themes of lust ("Six Ways to Sunday"), love ("Everybody Knows She's Mine") and love compromised ("Pretty Little Lies"). Southern Fried, the English Morality Play sounds like this:

...she gets high as a Georgia pine / wild as a muscadine vine / hotter than a deep South Summertime everybody knows she's mine...

...You made up your mind / and he ain't here with us tonight / so kiss me one more time / cross every T and dot every I of that pretty little lie.

Where Bruce Springsteen pondered never getting out of one's home town in "Glory Days," or John Mellencamp considers "My Little Town" Smoke brings it and all of the concessions closer to home in "One Horse Town:"

This little bitty town it ain't nothing new / We all stick around 'cause they all tell us too Swallow your pride just to make your family proud / If I didn't think that it would shut the whole place down / I'd ride my pony right out of this one horse town....

Smoke addresses burning the candle at both ends the blue collar way without ever glorifying bad habits and behavior, but owning bad decisions and ideas on the excellent "There Ain't Much Left of Me:"

But the band doesn't revel in self-pity, because there is sunsine just around the corner, as on "Lucky Seven:"

All I leave behind me is a ragged old guitar / I may not change the world but I'm gonna leave a scar...

This is irrepressible music that is fun and organically insightful. It this is either where rock music or what passes for country is heading, then that is just alright.

Tracks: Six Ways to Sunday; Pretty Little Lie; Everybody Knows She's Mine; One Horse Town; Ain't Much Left of Me; Whippoorwill; Lucky Seven; Leave A Scar; Crimson Moon; Ain't Got the Blues See; Sleeping Dogs; Shakin' Hands with the Holy Ghost; Up The Road.