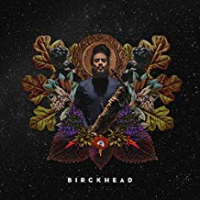 Having positioned himself at the outer limits of expression, wailing and bleeping on his alto saxophone as he hurls his long, dreadlocked hair around like a dervish, Brent Birckhead obviously feels he can now occasionally relax, cease heeding the call of his neuroses and play what is sometimes quite beautiful music. This realization has been a long time coming, but well worth waiting for.

His publicist sees Birckhead's playing as a project: "Rooted in activism, introspection and sonic experimentation, the project provides a schema for unflinching ownership of oneself through singular artistic works." Referring to his first album, Birckhead: "The eponymous release is named to reflect Birckhead's desire that his first formal offering serve as a bold statement of purpose, comprised of deeply personal compositions...He enforces a profound sense of duty to propagate a rich musical legacy and catalyzes a reclamation of personal identity."

Put another way, Birckhead has suffered for his music, and now it is our turn. His project kicks off with the R&B oriented "3 Uptown" then delves into scary sonic experimentation with "The Alchemist." However "Flux" suggests that Birckhead may want to have his cake and eat it too. After going for "unflinching ownership of oneself" with his musical musings, the saxophonist settles into a tried and tested funky groove. It is a great relief from all the artistic strivings.

The standout track, "Song for Nicole" is a beautiful, heartfelt ballad, shorn of all pretense. In addition to Birckhead's own formidable, sensitive playing, there is a fine, lyrical contribution from keyboardist Mark Meadows. From this point onwards, Birckhead settles into a pleasantly creative groove, here and there producing the sort of music that is playable more than once...and suggesting he may indeed one day take his place among those referred to by his publicist as "a storied lineage of maverick woodwind artists." Yeah, man.

3 Uptown; The Alchemist; Flux; 4 and 6; Song for Nicole (prelude); Song for Nicole; 4 and 6 (interlude); The Ivory Antidote; The Witching Hour; The Mourning After; Someday We’ll All Be Free.