By DOUG COLLETTE
December 6, 2020
Sign in to view read count
In his two simultaneously-released double CDs, Danish saxophonist Benjamin Koppel illustrates how fine a line exists between authentic rhythm and blues and healthily-improvised jazz. It might otherwise go without saying it takes the caliber of world-class singers and players to traverse such broad and fertile territory— bassist Scott Colley and trumpeter Randy Brecker are just two—but, credit where credit is due to both the bandleader and his colleagues, they mesh their complementary talents in such a way that the focus remains on the music they're making, not their technique or their chemistry. The two sets further lend themselves to interweaving content too, precisely because the continuity of musicianship highlights the distinct contrasts: this pair of live and studio companion pieces ultimately present mirror images of their respective distinctions. It may be a circuitous route to thus delineate the versatility of Koppel's vision, but it's a delightful one. 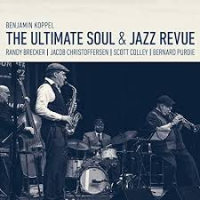 Rich and earthy-sounding from the very start of the late Buddy Miles' "Them Changes," this double set just about lives up to its (tongue-in-cheek?) title. As recorded live, then subsequently mixed and mastered by Lars Nissen, the atmosphere is warm and friendly on-stage and off as the band parlays a mix of familiar tunes, within which Bacharach/David's "Close to You" fits in period if not style, with three originals from the bandleader/saxophonist. Perhaps not coincidentally, the latter are the longest performances of the eleven tracks spread across these two CDs: the core ensemble of five plus the adjunct musicians duly love and respect this material, their reverence for it such they prefer not to tamper with it overmuch. As a result, they relegate their most extensive improvisation to "Hammond Street," "Feel The Bern" and "Con Alma and Sax," during the course of which, Koppel and company exhibit as much delicacy as gusto, so it's little wonder the audience (respectfully but heartily) responds in kind throughout. 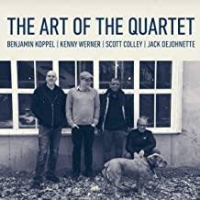 Koppel and his chosen accompanists certainly appreciate exemplary material, but the ensembles love playing together for its own sake just as much. Accordingly, mutual affection and inspiration ignites this five-year old studio recording on which the frontman leads an estimable roster of players through over two hours of healthy and vigorous jams based on compositions from all involved. Pianist Kenny Werner contributes four pieces and drummer Jack DeJohnette chips in a pair of tunes, while bassist Scott Colley provides one of his own. Then there's the bandleader's pair of songs, all these besides the group-authoring of the presumably spontaneously-composed pieces "Free I" and "Free II." Yet all these four-way conversations evince an abiding trust between the musicians that correlates to confidence in themselves. And as they exchange ideas during their embroidery upon the provocative progressions, that motion is not only markedly graceful, but also redolent of the deep and abiding engagement in which each individual strives to complement his comrades as fluently as possible.

Tracks: Them Changes; Manteca; Hammond Street; Move On Up; Feel the Bern; Respect; Con Alma and Sax; Groove Me; Don't You Worry 'bout a Thing; Close To You; Sing a Simple Song.

Tracks: CD 1: Free I; Bells of Beliefs; Night Seeing; Ahmad the Terrible; Follow; Free II; CD 2: Iago; Ballad for Trane; If I Should Lose You; Americana; One on One; Sada.