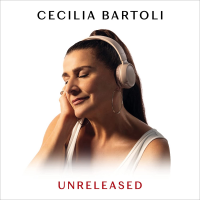 A pandemic-age benefit is the marketing of unreleased past projects. Mezzo-soprano Cecilia Bartoli's Unreleased is such a project, having been recorded in 2013 and subsequently shelved. The program emanates from the center of the Classical period, well presented by Kammerorchester Basel under conductor Muhai Tang. The recording opens with a muscular performance of Beethoven's "Ah, perfido!," which anticipated the composer's lone opera, Fidelio and its heroine, Leonore. Also presented is a smattering of Mozart ("Bella mia fiamma," "L'amerò, sarò costante") and single contributions from Haydn ("Berenice, che fai?") and Myslivecek ("Se mai senti" from his setting or La Clemenza di Tito). Bartoli's voice has deepened and strengthened into an instrument equal to the demand of this music. 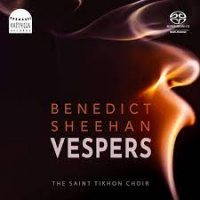 Orthodox choral composer and conductor Benedict Sheehan follows his successful release with the Saint Tikhon Choir, Liturgy of Saint John Chrysostom (Cappella Records, 2020) with the Rachmaninoff-inspired Vespers drawing from and expanding on that composer's All-Night Vigil (1915). Sung in English, this offering is an immediately enjoyable listening experience. Sheehan favors sonority and consonance in his music, where adoration is palpable and resolution insured. The chorus is spatially captured by Blanton Alspaugh and the engineering team at Soundmirror. Warm and immediate, Sheehan's Psalm settings are rendered with great care and attention by the choir. Vespers offers an excellent introduction to choral music, opening the door to a litany of sound. 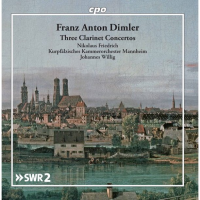 CPO Records continues its survey of lesser known Eighteenth Century clarinet composers with three concertos by Franz Anton Dimler (1753 -1827). Dimler was a late member of the Mannheim School, playing French horn in their orchestra. Dimler's concertos have the Classical flavor of the period, resembling similar compositions by Johann and Carl Stamitz. These works necessarily existed in the shadow of Mozart's Clarinet Concerto in A major, K. 622. Nevertheless, Dimler's pieces have a gentle Classical charm with smooth phrasing and pacing. The two B-flat concertos feature near Romantic slow movements, while all have bright and brisk closing movements . Clarinettist Nikolaus Friedrich plays with an appealing polished woody, almost rustic, tone. The Kurpfälzisches Kammerorchester Mannheim, under the direction of Johannes Willig prove their collective dedication to the music of the Mannheim School with these measured, yet robust, performances.

Key Selection: Poco adagio, Clarinet Concerto in B flat, No. 2 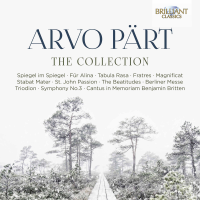 Taking advantage of its deep catalog, Brilliant Classics releases an expansive nine-CD collection of the music of Estonian composer Arvo Pärt. Pärt is a noted exponent of the minimalist music movement of the middle-twentieth century, while many of his later works includs an added note of Romantic richness. He has composed in many orchestral and choral formats but is best known for his dedication to Orthodox choral music, the best of which include his Berliner Messe (1990/1992), performed by the Leeds Cathedral Choir, Triodion for Chorus.(1998) and Kanon Pokajanen (1997) performed by the Elora Festival Singers. Great charm is realized in his solo instrumental music as evidenced in his Für Anna Maria piano compositions (2006) and Spiegel in Spiegel chamber settings. Pärt remains the giant among us.

Key Selection: Sonetine No. 2 for piano 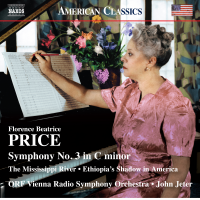 And just like that...Florence Price (1887-1953) stands equal with Duke Ellington and William Grant Still. Gaining traction from John Jeter and the Fort Smith Symphony on 2019's Symphonies 1 & 4 (Naxos American Classics, 2019), Price's catalog is further codified with Symphony No. 3 in C minor with Jeter this time directing the ORF Vienna Radio Symphony Orchestra. While much is made of her African-American heritage and composing, Price's efforts perfect what George Gershwin and Aaron Copland attempted: to capture America in music. Price's 3rd Symphony incorporates the consonant resolution of the rural spiritual into the European compositional tradition, effectively enhancing both elements. "The Mississippi River Suite" stuns with its invention and refining of American orchestral music. It is about time that Price takes her bow. 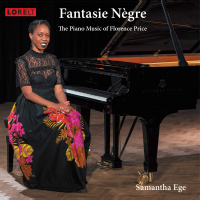 Dr. Samantha Ege is a pianist and ethnomusicologist, presently the Lord Crewe Junior Research Fellow in Music at Lincoln College, University of Oxford. Dr. Ege has immersed herself in the life and music of Florence Price, co-authoring a biography of the composer (with Douglas Shadle of Vanderbilt University) and releasing this collection of Price's piano music Fantasie Nègre. Central to her recital are the four "Fantasie Nègre," bearing an alchemic mixture of European and New World traditions more seamlessly than Gottschalk or Ives. The third of these pieces, Dr. Ege recreated from fragments discovered at Price's former summer residence in Chicago, performing the four pieces in an integrated suite of rich Americana. Rendered in minor keys that infuse the music with regal and organic character that is perfectly at home with William Grant Still and Edward Kennedy Ellington. 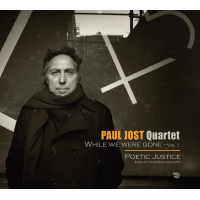 Paul Jost
While We Were Gone
PJ MUsic
2021

The COVID pandemic has been a creative catalyst in jazz. Consider vocalist Paul Jost's thematically assembled While We Were Gone, recorded live at the Soapbox Gallery performance space, supported only by a traditional piano trio. Part poetry slam -part post-apocalyptic convulsion, Jost parcels 23 selections between two subtitled discs: "Poetic Justice" and "An Appeal for Reason" addressing the recent political and cultural landscapes. Always wearing his heart on his sleeve, Jost lets fly all the pent up anxiety of the past two years, expelling a thoroughly postmodern "Bye Bye Blackbird" followed by a pastoral agrarian "Feels Like Home," together mixed into the swinging blues of "Centerpiece." Jost's edge is serrated, creating jagged glinting reflections of the Great American Songbook. This is a game-changing vocal release and Paul Jost's time has come. 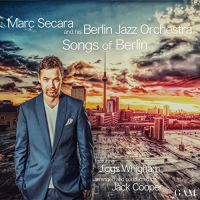 As notable are the names Marc Secara and the Berlin Jazz Orchestra, the one to concentrate on here is the arranger and conductor Jack Cooper, whose previous collaborations with Michael Waldrop (see below) and his own Mists -Charles Ives For Jazz Orchestra (Planet Arts Records, 2014) met with favorable reviews each. Secara and Cooper frame this recording with music dedicated to Berlin, that beautiful bastion of art and modernity. Not only are the usual suspects here (Kurt Weill, Bertolt Brecht, Rudolph Maria Siegel, Aldo von Pinelli) but newer names also (David Bowie, Lou Reed, as well as guest soloist Jiggs Whigham, and Cooper himself). Tight and contemporary is Cooper's directing hand with the Berlin Jazz Orchestra making it sound easy. Secara is in good voice, whether Deutsch or Englisch. No period piece, this: Songs of Berlin brims with "Now!"

Another marimba recording, this one very different from Kuniko's Tribute to Miyoshi (Linn, 2021). Also, another collaboration with Jack Cooper for percussionist and drummer Michael Waldrop, the two having previously released Time Within Itself (Origin, 2015) and Origen Suite (Origin, 2018). Cooper's contribution this time is "Three Mediterranean Views," a scampering island triptych pitting Waldrop's mallets against the piano in a breezy dance of elation and light. The Waldrop-Cooper unit continues its creative journey and Waldrop's keen inventiveness continues to amaze and delight. 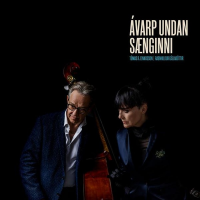 One need not speak Italian to enjoy opera and one need not speak Icelandic to enjoy Tómas R. Einarsson & Ragnhildur Gĺsladóttir's sensual Ávarp Undan Sængini. Einarsson is a bassist/composer most noted for recent recordings of Latin Jazz and Bossa Nova (Latínball Í Búðardal (Lucky Records, 2021) and Innst Inni (Blánótt Records, 2017). Joined by breathy, sensual vocalist Ragnhildur Gĺsladóttir, the two become greater than the sum of their parts in producing 10 organically grown, clave-rich songs, humid in their rhythms while alien in their sung language. The disc is cameo-heavy with seasoning—otherworldly guitar by Ómar Guðjónsson on the title track and "Skítt með það, förum heim til mín," and the percussion of Magnús Trygvason Eliassen throughout.