Instead of grafting the two streams—jazz and hiphop—together to form a sterile hybrid, BBNG grows their essentially jazz-based music from funky hiphop soil, which itself would not exist without jazz; particularly the spiritual jazz and jazz- funk hybrids of the early-to mid-1970s.

Among the pleasantest surprises of 2016, a year replete with many notably unpleasant surprises, was the appearance of IV by the poly-stylistic jazz / instrumental hiphop quartet Badbadnotgood. IV came hot on the heels of Sour Soul, their remarkable 2015 collaboration with Ghostface Killah. If you still bristle when you see the words "jazz" and "hiphop" together in the same sentence, it may well be time to drop the attitude and give the music of BadBadNotGood—BBNG to their fans—a good hard listen. Though ostensibly piano-trio-based, BBNG's music is refreshingly unlike that of, say, Robert Glasper's jazz / hiphop fusions. Instead of grafting the two streams—jazz and hiphop—together to form a sterile hybrid, BBNG grows their essentially jazz-based music from funky hiphop soil, which itself would not exist without jazz; particularly the spiritual jazz and jazz-funk hybrids of the early-to mid-1970s. It's a fecund musical compost heap. In practice, this approach permits BBNG's music to go practically anywhere, at anytime and these young Canadians are attentive enough to not let a single creative opportunity pass them by.

BBNG began—as many new bands seem to begin these days—in a music school practice room. The room in question was at Toronto's Humber College. The band-to-be's three founding members (keyboardist Matthew Tavares, bassist Chester Hansen, and Alex Sowinski on drums) had a collective epiphany: they would perform the music they loved, rather than the school's approved program of jazz standards. Predictably, the music professors turned up their noses when presented with the trio's jazz-based Odd Future medley. Fortunately, Tavares, Hansen and Sowinski were not discouraged by the panel's declaration that their efforts had "no musical value." Turned over to the masses via YouTube, the trio's video based on the same performance went viral and drew the attention of Tyler the Creator, who eventually became a collaborator and one of the band's biggest supporters. The result? Six years, five full-length albums, numerous collaborations with hiphop and R&B royalty (e.g., Rihanna, Wiz Khalifa, Drake, Earl Sweatshirt, Wu Tang Clan, and Talib Kweli to name just a few), endless touring and television appearances, and of course a string of YouTube videos with hundreds of thousands of views. 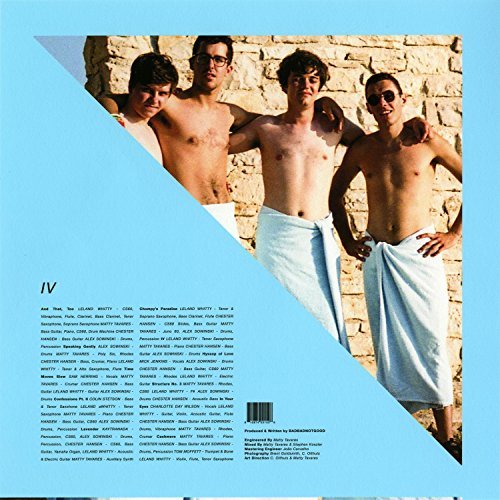 Their new album IV offers a panoramic view of the band's iconoclastic ethos. What's really remarkable is that, for all its ambition, IV isn't a complete mess. Instead, it's remarkable for its clarity and decisiveness. BBNG seem to have taken Odd Future's no-bullshit approach to heart. Completely unimpressed with previous attempts by famous jazz musicians to work with hip-hop, BBNG have forged a completely different modus operandi, one that permits them to juxtapose the smooth soul-jazz of "Time Moves Slow," (featuring Future Islands crooner Sam Herring) and "In Your Eyes" (highlighted by Charlotte Day Wilson's irresistibly voluptuous vocal) with skillful and inspired forays into harder-edged avant-jazz and jazz-rock sounds such as the title track and "Confessions Part II." In-between, there's a whole of other stuff going on, and the band moves effortlessly between musical worlds. The album's first two tracks—"And That Too" and "Speaking Gently"—are explorations of various aspects of the electronica / jazz interface. This stuff is pure fun. Yet both tracks work on a deeper level, providing a brainy commentary (albeit completely instrumental) on the state of music in the 21st Century while accommodating Leland Whitty's keening saxophone improvisations and Sowinski's head-nodding beats.

Collaborations with DJ Kaytrananda ("Lavender") and rapper Mick Jenkins ("Hyssop of Love") are just as fresh; perfectly sensible and natural outgrowths of the band's activities as an instrumental quartet. Whitty takes on a significant amount of the improvisational duties, freeing Tavares up to construct layered, phantasmagorical analog keyboard symphonies that oscillate between the background and foreground. The keyboardist steps out in glorious fashion on "Cashmere" and "Structure No. 3," the former a lushly orchestrated acoustic piece that should make any music school professor gush with praise. The latter is a funky downtempo piece replete with icy Rhodes and quavering, alien polyphonic synth. Throughout, Hansen and Sowinski are continuously and effortlessly resourceful. Virtuosic in their restraint and relentlessly on-point, neither are given to the sort of affectations and excesses that would paint the music into a specific stylistic corner. This is how timeless and valuable music is made. 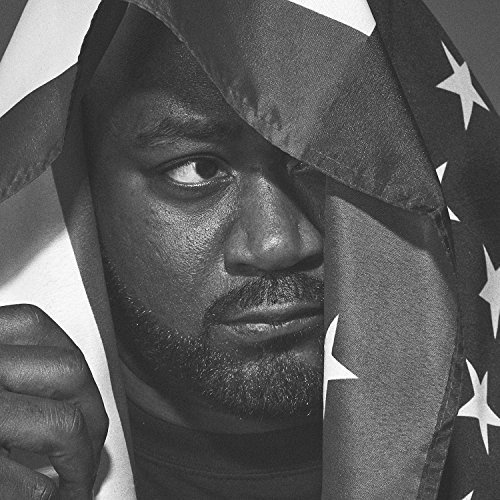 Speaking personally, Sour Soul was my own introduction to BBNG. In a local brick'n'mortar media outlet (the sad bankruptcy of which was one of 2016's many low points) in search of something—anything—by Wu Tang Clan (long story...), I literally stumbled over Ghostface Killah's solo foray in the otherwise paltry vinyl bin. Always intrigued by hiphop with a live band and fortified by the strong Wu Tang connection, it immediately got tucked under my arm. On first listen, the album's most striking feature is the stark contrast between Ghostface's gravelly, urgent delivery and BBNG's smooth-yet-idiosyncratic backing. Expecting something more along the lines of Robert Glasper's '90s-inspired hiphop-jazz fusions, what one gets instead is artfully spare, resolutely gimmick-free, and very much influenced by the late '60s output of David Axelrod; a visionary composer / arranger whose career was literally resurrected from certain oblivion by hiphop artists who have been sampling his music for the better part of three decades.

Killah's raps cover a lot of the expected subject matter: guns, pimps, drugs, various urban perils, blanket suspicion of the CIA, FBI and the Feds in general, conspiracy theories... you know the drill. He eases up somewhat on the album's penultimate tracks; "Nuggets of Wisdom" and "Food." Here, he takes on the persona of a wise elder; spiritual and measured in both delivery and demeanor. It's an appropriate role for the veteran Killah, and one he seems to relish. The highlight of the entire album, his raps on both tracks transfix and transform. On the other hand, "Tone's Rap" is so over-the-top in its depiction of the pimpin' lifestyle that it almost has to be a parody. Notable cameos by a younger, more idiosyncratic, generation of rappers—Detroiters Danny Brown and elZHi, and Chicagoan MC Tree G—add the requisite contrast to the proceedings, as does MF Doom's all too brief turn at the mic.

BBNG's backing is super-hip and doggedly retro. Utilizing an expanded group, BBNG's collaborative compositions and arrangements include strings, brass and analog keys, though the music is surprisingly guitar-centric. It also resists stealing the spotlight from the dominating, but not overwhelming, presence of Killah. In essence, BBNG succeeds where the majority of jazz / hiphop synthesists fail. Their score is pure, slinky '60s funk: Sowinski's drums are more Earl Palmer than Chris Dave, and Hansen's bass is punchy but not slappy. Zero digitalia. Instead, we have the spacious and elegant sound of top-drawer session musicians doing what they do best, while adding just enough spice so that you know who is in that studio. Replacing the expected samples and turntable scratches are quavering cheap organ sounds (think Vox Continental, Farfisa, or even the trusty Acetone), cool West Coast vibraphones, and twangy, reverbed— almost surf-like—guitars. Here, BBNG have ripped a page right out of David Axelrod's classic late '60s orchestral fusion masterpieces Song of Innocence (Capitol Records, 1968) and Song of Experience (Capitol Records, 1969) and laid it at Killah's feet, who runs with it right into the end zone. 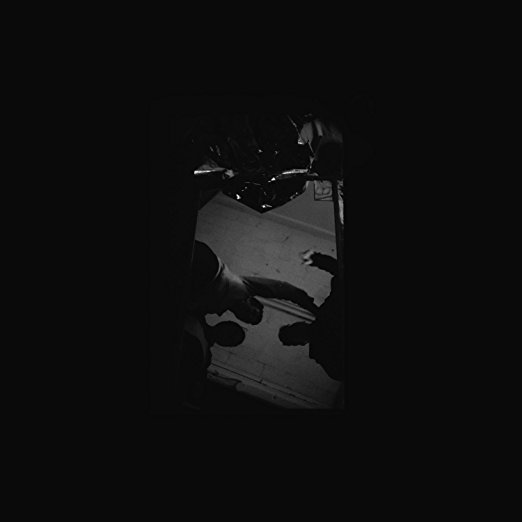 Sufficiently intrigued by IV and Sour Soul, it would behoove the nascent BBNG fan to burrow a little bit into their back catalogue. Their first two albums, initially released as downloads, consist of the band's re-interpretations of current underground hiphop pieces. Both are very tough to find in any physical format. BBNG III was their first album to consist entirely of original compositions. By any estimation, it is just as impressive as their subsequent work. Largely a trio effort (multi-instrumentalist Leland Whitty was, at this point, a prominent guest), the trio's signature mix of acoustic and electronic sounds, 21st Century grooves, melodic earworms, and jarring—yet consistently unforced—rhythmic / harmonic transitions gets into the same rarefied atmosphere occupied by John Zorn, Medeski Martin & Wood, Jacob Fred Jazz Odyssey, and The Bad Plus without sounding anything at all like any of those oft-imitated artists. Admired yet lightly (and inexplicably) dismissed in the music press as having "jam-band tendencies," III is, in fact, a sharp and incisive contemporary piano trio album that draws from hiphop in ways that seem very subtle on the surface. Fans of the genre, however, will assuredly hear far more.