By JAKOB BAEKGAARD
July 1, 2018
Sign in to view read count 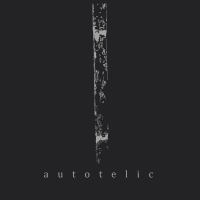 The Wind and the Kite. Once upon a time there were two kite builders. They had studied their craft for many years and so they knew exactly how to build a kite. The spine had to be strong, combined with the spar, it is the skeleton of the kite, it is also called the frame. The cover, or the sail of the kite, was made of the finest materials, silk and rice paper so fragile it could easily be torn and yet so strong that even the fiercest wind could not blow it apart. The tail of the kite lit up like a rainbow in all colors, so it would always be seen in the sky. Finally, there was the bridal, a kite string attached to the frame and to this a flying line was connected, but there was no reel to control the movements of the kite.

When the two kite builders had finished the kite, they placed it on the top of a green hill and left. For many days nothing happened, but suddenly it took off and reached higher and higher. It was carried by an invisible air stream and sometimes moving high and sometimes falling, close to the ocean and the cliffs. The movements of the kite drew lines on the sky and these movements of the wind were called music. They would last for a certain time until the kite finally landed again.

This is a story about the music of guitarist Javier Subatin and pianist João Paulo Esteves da Silva. Their album is called Autotelic and it translates into a kind of music that has no will but its own. Even the titles are free of interpretation, carrying names such as "#6," "#11" and "#Solo." There is not even a logical order in the way the album starts and ends. It begins with "#6" and ends with "#7." Along the way, the musicians are supplemented by Desiderio Lazaro on tenor saxophone, André Rosinha on double bass and drummer Diogo Alexandre. They are all part of a melodic narrative where the music flows like a kite in the air, carried by its own will, and yet in the safe hands of the musicians who give the music the greatest trust: to let go and play without a reel.