Jon Crowley: At the Edge

BY WILLIAM CAREY
November 20, 2011
Sign in to view read count 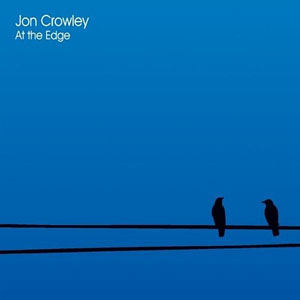 It's a shame that the word "fusion" has gone out of vogue. More than that, it seems to carry a bit of a negative connotation to many people nowadays. This seems odd, since so much of what is going on in jazz at the moment is firmly in the tradition of that once proud genre. So many players, such as drummer Brian Blade and bassist Drew Gress, not only adopt more of a rock approach in having a band, but many modern jazz players are borrowing liberally from the modern rock vocabulary and traveling back and forth between the two styles. From these perspectives, trumpeter Jon Crowley's At the Edge is a fusion record, and a good one at that.

Propulsive Fender Rhodes vamps, layered over rock rhythms, dominate the record. A lot of modern players are discovering that rock casts a really wide net: just as jazz has bebop, hard bop, swing, free and more, so, too, does rock have many distinct subsets that create a deep well from which to draw.

At the Edge harkens back to Steve Winwood and Traffic while, at the same time being thoroughly contemporary in its referencing the wonderful indie band, Belle and Sebastian. Crowley's lyrical lines which could be sung by the Decemberists or Radiohead, played over a nearly continuous and very laidback flow, one song meshing seamlessly into the next, providing the perfect soundtrack for a rainy day.

Perhaps it is fusion's harkening back to a specific era of jazz that it has fallen out of favor, but this record encourages a revival of the term in its clear and effective genre fusing. The only thing that muddies the waters is that those genres have become so complex, all these years later, rendering the label inadequate—as labels often are. Crowley has released a wonderful example of jazz composition played with a rock sensibility, or vice versa.

In Real Life; Find Me; ...And then one day, it's all over; At the Edge; Remembering the Details; Sadness, Suffering, Hope Triumph; Because You Believe; Progress; Because You Care; Shine; Patience; Fixation; These Four Walls.