By Mike Perciaccante
February 24, 2009
Sign in to view read count 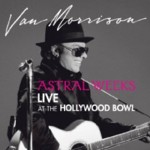 Forty years after the release of his seminal work, Astral Weeks (Warner Brothers, 1968), Van Morrison decided that the time was right to play the entire album live. To recreate the record acknowledged by many critics as one of the best of all time, Morrison enlisted guitarist Jay Berliner (who played on the original album), many musicians he had worked with previously, and a full string section.

Recorded in early November, 2008, almost forty years to the date from the release of the original LP, this CD finds Morrison more world-weary and grayer, as well as in a richer, deeper, and fuller voice. The jaw-dropping and awe-inspiring arrangements, drawing inspiration from acoustic jazz, folk-blues, and Celtic/Northern soul jams, combined with the singer-songwriter-styled lyrics and the re-sequenced song order give this CD a fluid, mystical, and hypnotic atmosphere that honors the original.

The musicians have faithfully re-created the dark and anguished 1968 collection, to which Morrison has added "Listen to the Lion" from St. Dominic's Preview (Warner Brothers, 1972) and "Common One," while inserting playful nuances and textures that enhance and improve the musical experience. Featuring beautiful, poetic song tapestries that Morrison has said on more than one occasion seem to have been channeled from another dimension, the performances on this interpretation are wonderful. Though the band got together for only one quick rehearsal, the concert is spine-tingling.

The transcendental nature of ascending to a higher plane is clearly on display as the music moves and flows from the title theme to the gospel influenced "I Believe I've Transcended." Love and spirituality are conveyed by the somber and melancholy string arrangements on the rich and beautiful "Beside You." Morrison, the troubadour, visits many different musical genres on the musical landscape: "Slim Slow Slider/I Start Breaking Down" features a blues groove that builds to jazz. The poignant, symbolism-filled lyrics of "Sweet Thing" are countered with a Chicago Blues-style harmonica that calls to mind Little Walter, Junior Wells, and early James Cotton. A straight-forward jazz arrangement is featured on "The Way Young Lovers Do." "Cypress Avenue/You Came Walking Down" is classic Celtic/Northern soul. The two songs are linked together by Morrison's memories of Belfast which, after forty years, are more tender and romanticized.

"Ballerina," a beautiful folk-tinged love song along with the CD's tour-de-force, "Madame George," a spellbinding meandering, soothing, and floating ten minute journey, create a stunning one-two counterpunch. "Listen To The Lion/The Lion Speaks," though not part of the original album, is a nice, spiritual compliment to the song-cycle. Fittingly, the song with its sax, guitar, and strings arrangement is about the search for one's soul—another transcendence, if you will. The CD closes with a sultry, atmospheric version of "Common One." The recording is also available as a 2-LP set featuring an additional encore track—"Gloria."

Although Astral Weeks Live at The Hollywood Bowl is not a life-changing recording like the original Astral Weeks, it is an intense, spiritual, otherworldly journey forty years in the making.

Astral Weeks / I Believe I've Transcended; Beside You; Slim Slow Slider / I Start Breaking Down; Sweet Thing; The Way Young Lovers Do; Cyprus Avenue / You Came Walking Down; Ballerina; Madame George; Listen To The Lion / The Lion Speaks; Common One; Gloria (on LP only).