Jazz Articles about The Flying Luttenbachers 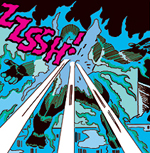 Trauma originally came out in 2001 as a double LP set on drummer Weasel Walter's ugExplode label. Named as an obscure homage to a founding member, multi-instrumentalist Hal Russell, the Flying Luttenbachers recorded sixteen albums in as many years of existence (ceasing in 2007). Though initiated by Walter and Russell, the group was always Walter's 'baby/chief mode of expression' through various aggregations, from improvisation to free-metal to Contortions-esque jounce. Trauma comes from a short-lived trio with reedman Michael Colligan and ... 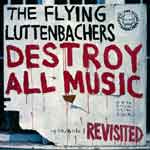 The album features a line-up that ...