Those who are tasked with monitoring the pulse of intercollegiate jazz, if indeed there are such overseers, will find it beating strongly at the University of Toronto whose well-schooled 12tet, comprised of students in the school's bachelor's, master's and doctoral music programs, has recorded its third admirable CD, When Day Slips Into Night. As before, the album focuses on music written and / or arranged by the students with two more charts contributed by director Terry Promane. ... 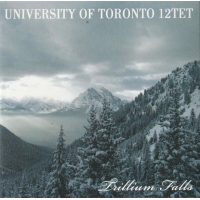 This is an altogether sunny and pleasing session by the splendid University of Toronto 12tet, which sounds at times like a full-fledged big band, at others like a leaner and more even-tempered chamber jazz group. The songs and arrangements, most by members of the ensemble (including a couple by director Terry Promane), are lush and lyrical, with good use made on several numbers by the voice of Jacqueline Teh whose vocalese serves as an auxiliary instrument to add warmth and ...