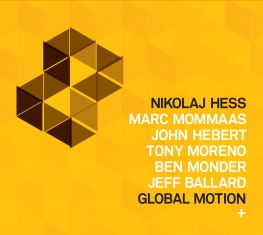 The exploration of sound is a natural part of Danish pianist Nikolaj Hess' music. Since graduating from the Rhythmic Conservatory in Copenhagen, he has worked in a wide range of contexts and played with artists as varied as trumpeter Wynton Marsalis and singer Sissel Vera Pettersen. With Pettersen he made an enchanting duo album, By This River (Music For Dreams, 2006).

Hess is also part of a musical dynasty, which includes his brothers, the saxophonist Emil Hess and the drummer ...