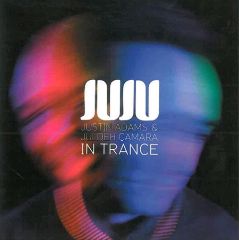 JuJuIn TranceReal World2011 This is the third album from guitarist Justin Adams and singer/ritti player Juldeh Camara, and, as the saying goes, third time lucky. Not that Soul Science (Irl, 2007) or Tell No Lies (Real World, 2009) were disappointing, only that the duo's visceral mix of traditional Gambian music, jam band-informed jazz and avant rock has reached a new level with In Trance. Partly, this is down to the simple ...