Back in April of 2000, guitarist Henry Robinett convened a quartet in The Hangar, a Sacramento studio where he had been working as an engineer and producer. An intentionally casual session, it was all standards all the way. Over the course of two days, tracks were called, solos and some other specifics were sorted out, and the music just flowed. When all was said and done, Robinett left and put the material on the shelf...where it sat for nearly two ... 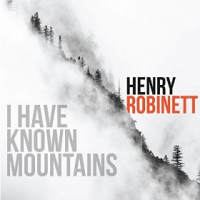 This fifth release from guitarist Henry Robinett has more than its fair share of hook-laden numbers, deep rivers, tributes, and positive musical offerings. It's a highly personal statement that serves as a journal of sorts, with Robinett stepping forward to musically reflect on a variety of topics and people near and dear to his heart. The dozen pieces that appear here make it plainly clear that Robinett is a man who places a high premium on clarity. ...