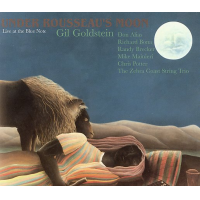 Instrument endorsements have become standard fare in CD liner notes. On pianist/accordionist Gil Goldstein's first album as a leader in nearly fifteen years, they say that “He uses Sibelius Music Writing software and pencils by Rocket Manufacturing --and that's a statement. Always a fine player since emerging on three 1976 albums with guitarist Pat Martino, including the now-classic duet record We'll Be Together Again (Muse, 1976), Goldstein has become equally in demand as a first-call arranger, orchestrator, conductor and producer. ...