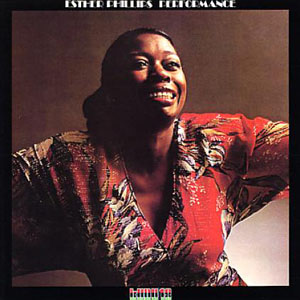 The decades-long battle with drug addiction, which ultimately led to her untimely demise, contributed to vocalist Esther Phillips' status as a tragic second-tier figure in the larger annals of popular music history, but her music itself was often a triumph of soul-stirring ecstasy. By the time Phillips arrived at CTI's sister label, Kudu Records, her early career hits--made under the name “Little Esther"--were a distant memory. A string of albums for Atlantic Records in the late '60s helped bring her ...

Esther Phillips: What A Diff

Originally released in 1975, Esther Phillips’ disco album features her soulful delivery and passionate feel for the blues. This came toward the end of her career, during the singer’s second major comeback.

She always had her finger on the pulse of the listening public. Little Esther had started climbing the stairway to stardom at age thirteen, after an impressive amateur night performance at the Largo Theater in Los Angeles. Having gained notice, she toured the country in ...