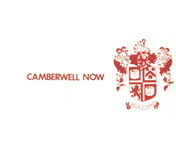 Starting off with the Syd Barrett-esque “Cutty Sark," the four songs from 1984's Meridian EP lack the unstoppable drive that would mark ...