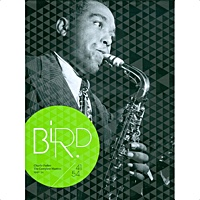 All roads lead back to Charlie Parker, and if ever a musician's recorded output is worth collecting in its entirety, it is his. Only Louis Armstrong's corpus of work is comparably important. Much of Parker's output has been made available over various box sets, of which the three most comprehensive are the 8-CD The Complete Savoy And Dial Studio Recordings 1944-1948 (Savoy, 2002); the 10-CD Bird: The Complete Charlie Parker On Verve (Verve, 1989); and the 7-CD The ... 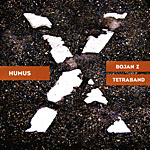 Humus is the first album from the Bojan Z Tetraband and it's as intriguing as might be expected from such an original and inspired set of musicians. Led by keyboard player Bojan Zulfikarpasic--born in Belgrade in the former Yugoslavia and now resident in France--the band is tight, energetic and powerful despite the fact that the lineup only came together a few months before the April 2008 recording session. The album has been described by Z as “the most 'rock' album ... 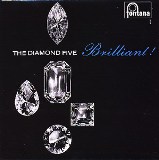 Why some artists achieve the recognition they deserve while other equally talented ones don't depends on many things. But one thing is clear, that obscurity does not always mean lack of talent. Regardless, it is always a pleasure to discover little known but immensely gifted musicians and it is really a great pleasure to hear the reissue of The Diamond Five's Brilliant!. The Diamond Five, a Dutch quintet led by pianist Cees Slinger, was founded in 1959 ... 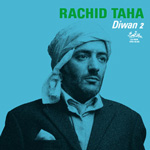 Rachid TahaDiwan 2Universal Music France2006 It is tempting to view Diwan 2 as a “roots" album: there is a preponderance of covers of older material, and the instrumentation leans substantially less on distorted electric guitar than did Rachid Taha's last album, the phenomenal Tékitoi (Wrasse, 2004). As on that album, the musicians--notably guitarist Steve Hillage, mandolute player Hakim Hamadouche, percussionist Hossam Ramzy and the string ensemble--perform beautifully. Hillage's production and Taha's arrangements ... 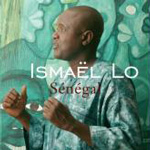 For every world music enthusiast who celebrates musical cross-pollination, there's a naysayer bemoaning the risk that the mix will only produce a watered-down lowest common denominator. Of course the enthusiasts have lots of support for their position: Youssou N'Dour's Egypt (Nonesuch, 2004) masterfully combined Senegalese mbalax and Arabic classical music, while Thione Seck's Orientation (Stern's Africa, 2005) added Indian music to N'Dour's Senegalo-Egyptian mix with equally dazzling results.Sénégal, the first album of new material by Ismaël Lo in ... 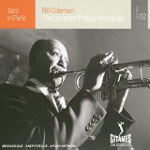 Trumpeter Bill Coleman (1904-81) played in a host of orchestras (led by Benny Carter, Teddy Wilson, Luis Russell and Don Redman) in the 1930s, with the same vibrato and finesse as his contemporary, Buck Clayton, but not quite the same bravura and vocabulary. To make an analogy using trumpeters from another jazz era, Coleman is to Clayton as Kenny Dorham is to Clifford Brown. Coleman would eventually settle in France, where these recordings were made and recently ... 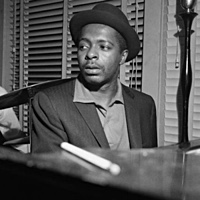