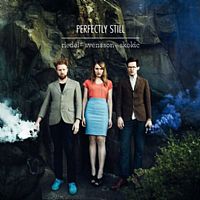 Swedish Grammy-nominated vocalist Sarah Riedel has quickly established herself as an accomplished performer of lyrical jazz with indie-pop sensibilities. Her jazz roots come from her father, bassist and composer Georg Riedel, who composed for television and accompanied pianist Jan Johansson on Jazz på svenska (Megafon, 1964)--a collection of jazz arrangements of Swedish folk songs. Like her father, Riedel also adopts songs from other genres, deconstructs them and finally transforms them into bona fide torch songs.Perfectly Still (Footprint, 2012) ... 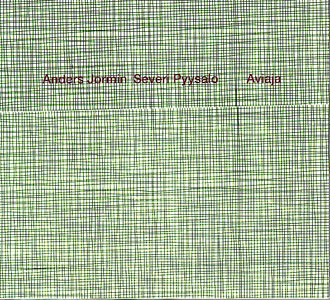 Swedish bassist Anders Jormin is familiar to anyone who followed the re-emergence of saxophonist Charles Lloyd and trumpeter Tomasz Stanko on the ECM label in the early 1990s--not to mention his longstanding relationship with pianist Bobo Stenson. But since the mid-1980s, Jormin has slowly built his own solid body of work as a leader. Prior to two ECM releases--Xeiyi (2001) and In Winds, In Light (2004), Jormin's work for the Swedish Dragon label included Jord (1995) and ...

Anglaspel: The Beauty of Bach: A Jazz Suite by Stefan Forssen

Ask most jazz pianists who they listen to from the classical world, and the name that crops up almost immediately is Johann Sebastian Bach. Bach's innovations in the areas of polyphony and harmony were so radical that they remain inspirational three centuries later, providing a constant source for reinterpretation. Still, the inherent purity of Bach's music makes translating it outside the classical realm a risky proposition. Migrating classical works into jazz often end up more shtick than art, but the ...

Much has been written about the Scandinavian jazz scene's distinctive nature. Since the region is geographically removed from mainstream Europe, the evolution of a jazz aesthetic rooted in its own tradition has resulted in its own distinctive complexion. And while people outside the region look to larger labels like ECM for a window into that world, a plethora of smaller independent labels support a far wider range of talent. In Sweden alone, labels including Caprice, Dragon, and Amigo document a ...