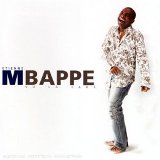 Little wonder that the late keyboardist Joe Zawinul recruited Cameroonian vocalist/bassist Etienne Mbappe to the Syndicate in 2001. His honey-sweet, yet smoky vocals, enviable writing and arranging skills and an electric bass technique second to none have also attracted the likes of kora player Toumani Diabte, guitarist/singer Ali Farka Tourre, guitarist Nguyen Le and singers Ray Charles and Salif Keita. Little wonder too, that Mbappe struck out on his own in 2003; judging by the results of Su La Take, ... 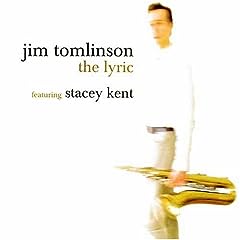 Easy bossa is a pleasantly recurring flavor throughout this set. A more heated, undulating “My Heart Belongs to Daddy allows Tomlinson and his American wife, Stacey Kent, to ...

Sarah Morrow: The American All Stars In Paris

It seems like a familiar story by now. A group of American ex-pat musicians in Paris is well regarded there, despite having little recognition on this side of the Atlantic. Trombonist Sarah Morrow is here joined by veteran saxman Hal Singer, organist Rhoda Scott, bassist Wayne Dockery (a former Jazz Messenger), and drummer John Betsch. Two French musicians also contribute to this loose session.

The album begins with a version of Ziggy Elman's “And The Angels Sing," and ...

Fairly unknown to big audiences, but at the same time one of the most talented African bass players, Etienne Mbappé has, since moving to Paris from his home country Cameroon in the '70s, played with musicians such as Joe Zawinul, Manu Dibango, Salif Keita, and his own fusion bands Chic and Ultramarine.

Backed by a hot jazz ensemble from Paris, trombonist Sarah Morrow steps out with a firm grasp of the situation. She and her band swing hard, creatively interpreting these standard tunes. Her solo trombone voice, alongside those of tenor giant Hal Singer and organist Rhoda Scott, results in a hearty party that could last all night long.

“Blue Monk" receives a down and dirty blues texture that oozes with deep passion. “Honeysuckle Rose" wails with a light swing ...