The final recording of the late violinist Billy Bang from February 2011, days before his final performance in the TUMfest 11 in Helsinki, is a celebration of his life as musician. Bang chose for this recording compositions of innovative musicians in the history of jazz--Don Cherry, Ornette Coleman, Miles Davis and Sonny Rollins-- that were part of his quintet repertoire for years. His trusty quintet supports his musical ideas and improvisations beautifully, and the album booklet features touching and insightful ...

Da Bang was recorded two months before violinist Billy Bang's battle with cancer ended in April, 2011. The album title is lifted from Bang's former FAB Trio band mate, drummer Barry Altschul. Indeed, Bang was an influential presence, partly due to his cutting-edge improvisational faculties. He was an artiste markedly comfortable in most any setting. On this outing, Bang covers modern jazz standards and contributes one original composition. The quartet gels on the late Don Cherry's “Guinea," which ...

Even were one not viewing Da Bang! through the lens of this being violinist Billy Bang's last album, recorded just two short months before he succumbed to cancer in April 2011, there is still a detectable elegiac air which pervades even the brightest tracks. That's not the fault of the cast, although trombonist Dick Griffin comes across as a somewhat downbeat soloist, nor the material though it includes a selection of old warhorses. Rather it is down to the unvarnished ...

Da Bang! is the last studio album recorded by violinist Billy Bang, made just two months before he passed away on April 11, 2011. Diagnosed with lung cancer in 2009, Bang spoke about the healing power of music during these sessions and how he wanted to give something back to those who inspired and supported him. Considering the bulk of the record consists of covers, this final effort can be interpreted as the innovative violinist's elegy to the artists and ... 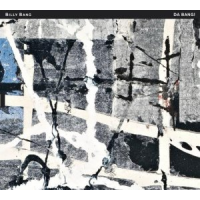 The list of prominent jazz violinists is not a long one. Start with Stéphane Grappelli and his legendary Hot Club de France swing recordings with gypsy guitarist Django Reinhardt. Then there's Stuff Smith and his innovative electrolyzing of the instrument; Joe Venuti; the late Polish firebrand Zbigniew Seifert; and the still-active, post-bop/fusion player Jean-Luc Ponty.It's a short list, but it's one that's not complete without the name Billy Bang, who passed away in 2011.Billy Bang--born William ...

On April 10, 2011, the music world lost one of the foremost innovators of the violin, Billy Bang. In addition to boldly pushing the instrument's boundaries, he is one of the rare jazz players who left an indelible mark on it. The Finnish TUM label posthumously released Bang's swan song, recorded a mere two months before his untimely death from lung cancer.Da Bang! is a sublime album of rich harmonies, multifaceted emotions, and tight, intellectually stimulating spontaneity. The ...