By John Eyles
April 22, 2017
Sign in to view read count
In 2015, Simon Reynell, Another Timbre's proprietor, realised he was talking independently to three Canadian composers about producing discs of their music; as a result, the idea of producing a Canadian series emerged. In mid-2016, as part of its "Violin + 1" series, the label released Dirt Road by one of the three, the New York-born, Toronto-resident Linda Catlin Smith. Now, in the wake of the very positive reception afforded to Dirt Road, the Canadian series begins, with the release of five albums by five different composers, a further five albums being promised. Altogether, those ten releases should feature eight separate composers, with Linda Catlin Smith and Cassandra Miller each being responsible for two of the ten. While they are issued separately, not as a boxed set, the series is accompanied by an informative and stimulating booklet that includes interviews with all eight composers.

That group of eight composers calls to mind the Group of Seven (aka the Algonquin School), Canadian landscape painters who influenced the development of Canadian art. Although two of these eight were not born in Canada, three of them no longer reside there, and the eight are stylistically different, in time they seem destined to be very influential. The release of this Canadian series will undoubtedly come to be viewed as a landmark event. 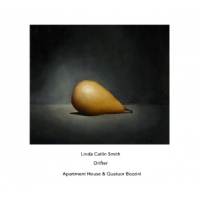 Fittingly, the series opens with one of its aces, a double album of Linda Catlin Smith compositions. Where Dirt Road featured the fifteen-part title piece, from 2006, played by Apartment House members Mira Benjamin on violin and Simon Limbrick on percussion, Drifter presents more of an overview of her work, consisting of ten compositions from 1995 through to 2015. Recorded between February and July 2016, mainly at the University of Huddersfield, the pieces are variously played by Bozzini Quartet and members of Apartment House; as is typical of Another Timbre, the recording and sound quality is first-rate throughout, allowing the pieces to be heard to best effect.

The music here has all of the qualities that Dirt Road led one to expect of a Smith composition—gentleness, subtlety, emotion, attention to detail, a sense of melody, tranquillity—but goes beyond the range of that album. The quartet pieces (exemplified by "Folkestone" in the YouTube excerpt below) certainly display Smith's talents to excellent effect, but the fewer instruments that are present the better Smith tends to sound, as she seems to savour the sound of each individual instrument. That proposition is tested to the limit on three tracks that feature just one instrument, "Ricercar" played by Anton Luksozevieze on cello, "Galanthus with Benjamin on violin, and "Poire" with Philip Thomas on piano; all three draw one in and make riveting listening.

Drifter is impossible to fault; it is impeccable from first note to last. 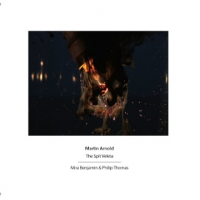 While Linda Catlin Smith is not an unknown quantity, the other four composers featured in this set of releases are, which makes this an exciting voyage of discovery...

Toronto-based Canadian Martin Arnold was trained in the classical tradition at the University of Alberta but his live appearances are mainly restricted to monthly gigs playing electric guitar in a quartet that performs standards from the great American songbook. He comments that all the music he makes is in some way melodic, and that is fully borne out by his three compositions featured on this disc.

Interestingly, all three pieces bear titles that make reference to traditional dances in triple time—"Points and Waltzes," "Slip Minuet" and "The Spit Veleta"—making them a coherent set. That coherence is reinforced by the playing of Philip Thomas and Mira Benjamin; the first piece is for solo piano, the second for solo cello and the third a duet, fitting as the veleta (aka valeta) is a dance in which partners do different sets of co-ordinated movements.

However, once the music begins it is immediately obvious it is not dance music; although it maintains a steady rhythm, it does not compel movement in the listener, being more of a cerebral pleasure than a physical one. (Check the excerpt from "The Slip Minuet" below for example.) In the accompanying booklet, Arnold is quoted as saying he also thinks of his music as being slack, meandering, psychedelic and, even at its most ponderously enervated, dance music." In this, his judgment is as spot-on as his music... 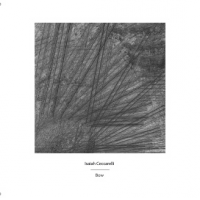 By this point in the series, it is clear that these Canadian composers could not be identified as such by some common trait that gives away their nationality; each of them is an individual, uniquely different to the others. One of Isaiah Ceccarelli's distinguishing features is that he is the only one of the five who is credited as a performer as well as a composer, playing percussion on three of this album's seven tracks and percussion plus reed organ on another.

The redoubtable violinist Mira Benjamin plays on five tracks, all recorded in the UK—in London or Huddersfield—with the remaining two having been recorded in Québec, both duets between Ceccarelli and Katelyn Clarke on organetto, performing contrasting realisations of "Sainte-Ursule," a 2014 Ceccarelli composition. Ceccarelli and Benjamin perform as a duo on two tracks, parts one and two of "Oslo Harmonies," another 2014 Ceccarelli piece.

Those four tracks on which the composer appears alternate with three 2015 pieces for a string quartet or trio. Those with Ciccarelli are more improvised; tellingly, he says of them, "With Mira, I feel that it's more comfortable to have even just two notes written on a page than to be freely improvising—even if those two notes have got to last an hour, she'll make them sound great. With Katelyn on the Sainte-Ursule pieces we talked about it and found sounds that we liked and then did many takes of the same thing..."

The alternation is ingenious as it successfully blurs the distinction between improvised and notated music, and so highlights the composer's skill with harmony. Although Ceccerelli is the youngest composer on this batch of five, and the second youngest of the group of eight, Bow demonstrates he is one to listen out for in future. 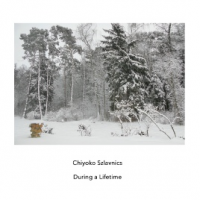 Chiyoko Szlavnics
During a Lifetime
Another Timbre
2017

Toronto-born, Berlin resident Chiyoko Szlavnics is the second female composer of this batch, although the ten albums of the whole series will be half female, half male. The three compositions here, dating from 2006, 2008 and 2015, provide snapshots of Szlavnics's composing career that throw light on her distinctive style. The album's eighteen-minute title track, from 2015, was recorded at Tonlabor in Hamburg and features the four-saxophone Konus Quartett, fitting as Szlavnics herself has history as a saxophonist. Alongside the saxophones, the piece includes sine-waves, as do many of her compositions. With long sustained notes from the saxophones and glissandi from the sine waves, part of the fascination of the composition lies in the shifting interactions between its component parts. Altogether, the effect is very different to anything else in the series and is simply mesmerising.

The other two tracks are different to that saxophone piece but also remarkably similar. They were again recorded at the University of Huddersfield and, each features members of Apartment House, a trio on the eleven-minute "Freehand Poitras" from 2008 and an octet on the twenty-six-minute "Reservoir" from 2006 (which means that Mira Benjamin appears again here, increasing her tally to four albums out of the five....) Again, long notes and sinewaves combine, creating moods that are just as beguiling as before, with the closing octet being a particular highlight... 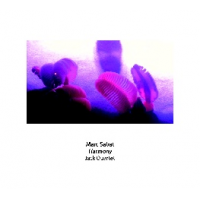 To close this batch of five, the appropriately titled Harmony features three compositions by another Berlin resident, Marc Sabat, whose path has crossed that of Szlavnics several times. She has commented of him, "Since we both came to Germany I'm sure we've influenced each other to some degree, both personally and compositionally—Marc has definitely influenced me." Having studied violin, composition, and mathematics at university, it is no surprise that Sabat became fascinated by Just Intonation and uses it in his compositions.

On Harmony, two extended multi-part pieces performed by the Jack Quartet, "Euler Lattice Spirals Scenery" from 2011 and "Jean-Phillippe Rameau" from 2012, are separated by the shorter violin and cello "Claudius Ptolemy" from 2008. The extended prelude to the first piece features sustained notes as favoured by Szlavics, but beyond that Sabat is into more conventional string quartet territory. His use of Just Intonation seems to stem mostly from his fascination with sonority and harmony. All of his music here is characterised by its easy flow and the irrefutable logic of his progressions which carry the listener along with them, without any jolts or awkward moments.

It is obviously far too early to judge this Canadian Composers Series, with half of its albums still to be released and three of its eight composers yet to be heard, but its first five releases can be unreservedly recommended and leave one craving the next five.