By John Eyles
January 25, 2023
Sign in to view read count
As mentioned in a review of Jurg Frey's 2022 album Borderland Melodies, that was the two-hundredth release on Another Timbre, the Sheffield-based label set up by Simon Reynell in 2007. The label had released its hundredth album in 2016, so the second hundred were released over six years compared to the first one's nine years. In addition to the Frey album, the same November 2022 batch of releases also comprised the three albums below, numbers 199, 201 and 202, each of which throws light on the label's current state and possible future. Notably, two of them do not feature Apartment House, thus ending a five-album run of Another Timbre releases performed by the ensemble. 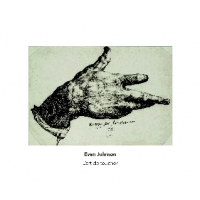 Evan Johnson
L'art de toucher
Another Timbre
2022 Though he was born in 1980 and has written a sizeable list of compositions since 2002, American composer Evan Johnson has had few album releases of his work, with L'art de toucher being the tenth. The album comprises the three-part "L'art de toucher le clavecin"—of which part 2 was written in 2009, part 3 in 2011, and part 1 in 2021— plus "thaes ofereode, thisses swa maeg (2013)" and "Plan and section of the same reservoir (2018)," with the total running time being fifty-five minutes. In line with the composer's wishes, the three parts of "L'art de toucher le clavecin" are not played sequentially; parts 1 and 2 are separated by the 2013 piece which is a voice and violin duo recorded in Starston, Norfolk, UK, in March 2022; parts 2 and 3 are separated by the 2018 piece performed by Trio Accanto, comprising soprano saxophone, piano and percussion, recorded in Stuttgart in 2021. Fittingly, the five-minute part 1 of "L'art de toucher de clavecin" is performed solo on piccolo, with the nine-minute part 2 adding Berlin-based American violinist Sarah Saviet to make a duo, and the fourteen-minute part 3 adding percussionist Rie Watanabe to make a trio. Part 1 was recorded by Simon Reynell in Huddersfield in November 2021 and features Richard Craig on piccolo whereas parts 2 and 3 were recorded by Reynell in Cologne in August 2017—before part 1 was written—with Susanne Peters on piccolo. The three parts of the composition hang together well, with their increasing durations and number of players giving the composition a sense of drama, the higher notes of the piccolo and violin creating an eerie ambiance. While this album is rather a pot pourri of compositions and recordings from a variety of dates and locations, as a whole it is recommended as a good introduction to Johnson's music. 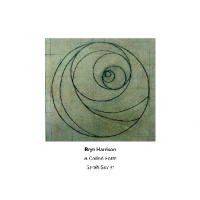 Bryn Harrison
A Coiled Form
Another Timbre
2022 Born in 1969, Bryn Harrison is a composer and Professor of Composition at the University of Huddersfield, having been awarded a doctorate in composition in 2007. As with Evan Johnson (above) Harrison has written many compositions, dating back to 2000, but has not often featured on recordings, A Coiled Form being the sixteenth, the third on Another Timbre. In stark contrast to the variety of Johnson's album, Harrison's comprises just one fifty-minute track, performed solo by one musician, American violinist Sarah Saviet who also featured on the Johnson album above. The composition was jointly commissioned by Riot Ensemble, of which Saviet is a member, and by the von Siemens Music Foundation; the original commission was for a five-minute piece but Harrison and Saviet discussed ways in which it might vary in length to allow for longer performances; in the draft of the original score, the number of repetitions was specified but they decided to leave these open and flexible, introducing a more organic element to the piece. At its premiere given by Saviet at Wigmore Hall, London, the piece was about twenty minutes long; for a Berlin concert, she prepared a version almost forty minutes long. The fifty-minute recorded version here is credited as "Extended version (2022)" by Sarah Saviet; Harrison has described it as "a beautifully elegant version that navigates the listener through an unpredictable labyrinth of repeated passages..." It is impossible to disagree with that description although, for some listeners, it may be better to underplay the role of repetition in the piece; suffice to say that the music never gets tiresomely repetitive. On this showing, how long can it be until Sarah Saviet is regarded as a composer as well as a violinist? 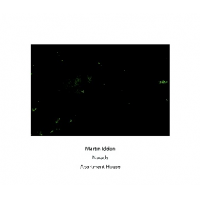 Martin Iddon
Naiads
Another Timbre
2022 Completing this hat trick of composers, Martin Iddon was born in 1975 and studied composition and musicology at Cambridge and Durham. He is now Professor of Music and Aesthetics at the University of Leeds. He has compositions stretching back to 2006, but Naiads is only the fifth album to feature his works, the third on Another Timbre, on which he first appeared in 2014. His 2021 Another Timbre album Sapindales featured Apartment House players, notably Canadian clarinetist Heather Roche who played on all four tracks and was specifically credited. So, it is no surprise that the ensemble's players perform the tracks which comprise Naiads, with Roche playing bass clarinet on three of them. Three of the album tracks were recorded in London in December 2021, the other two in Huddersfield in July 2019. The album title, Naiads, refers to freshwater nymphs of which there were five types; these give their names to the individual pieces which were written between 2012 and 2017. Of the five tracks, the opener is a sextet, followed by two trios, a septet and a quintet. The album has a running time of seventy-two minutes, with the shortest track—the quintet, "Eleionomae"—playing for seven-and-a-half minutes and the longest—the second trio, "Limnades"— for eighteen-and-a-half. Despite the tracks' varying lengths and line-ups, throughout the album the music is identifiably the work of one individual, and creates an ethereal, dream-like ambience which befits the subject matter. It handsomely repays repeated listening; a joint triumph for Iddon and Apartment House. Altogether, these three albums eloquently demonstrate that Another Timbre is in fine condition as it embarks on its next hundred releases.