...I realized that we were doing something that was just a little bit different from what had been going on traditionally, but I always kept in mind that I wanted to make it an evolution of the tradition.

This article was submitted on behalf of Hank Shteamer.

Percussionist Andrew Cyrille is as self-assured an artist as one is likely to encounter. "[Art is] all about trying to bring a form to life," he explains, "or give life to a form." Much of Cyrille's best work falls in the category of the former. For years, he has specialized in lending a sense of order to the work of players like Cecil Taylor, whose torrential flow of musical information can seem daunting, if not impenetrable. Listening to Cyrille play, one hears a very grounded force, yet one that constantly vibrates in tune with the life around it.

Cyrille is a creator in his own right as well. Along with his peers, explorers like Sunny Murray, Milford Graves , and Rashied Ali , Cyrille developed a new form of jazz percussion that freed itself from the constraint of meter and paved the way for the advancement of the avant-garde musics of Taylor, John Coltrane, Albert Ayler and others. A gifted educator with an awesome knowledge of the jazz tradition and its roots, Cyrille views his school of drummers not as iconoclasts, but as extenders of the language of jazz. His insight has allowed him to document himself and his peers in unique ways and to provide a holistic curriculum for his students.

As an innovator, documentor, and educator, Cyrille has always remained modest, adapting his expertise to the project at hand. This modesty may account for his limited recognition in the mainstream jazz community. Circa 2003, Andrew Cyrille continues to search for unique approaches not only to music-making, but also to making a living.

Cyrille was always a restless experimenter. He describes his early impulses to alter the conventional rhythms of jazz: "When I was with Mary Lou Williams [in the early ‘60s], I used to tell her that I'd like to find another way of playing the ride [cymbal], and she said, 'Well, if you do, you're not going to find anybody to work with.'"

Fortunately, Cyrille was able to find associates whose music accommodated, if not demanded, a freer style. "The person who allowed me to bring that idea, that concept [of ametrical drumming] to fruition was Cecil Taylor," he reveals. "Working with Cecil, that was what we did! If I wanted to play some stuff in meter with him, I could have. I think on occasion I did, but most of the time it was outside meter."

Cyrille was quick to recognize that he was not alone in his desire to rethink the role of the drum set in jazz. Here, he describes his various collaborations with his drummer peers: "I heard Sunny Murray playing free meter with Cecil Taylor, Milford [Graves] playing ametrically with [multi-reedist] Giuseppi Logan, and then of course too, I heard Rashied Ali playing with Coltrane on Interstellar Space. So around that time, I got the idea that I wanted to document us as a generation of drummers, and one of the best ways to do that was to have a drum choir."

"I remember Milford and I had gotten together to play, and then we decided that we wanted to expand the duet; so we got Rashied, and we called it "Dialogue of the Drums". Then in the early '80s, I thought of the idea of trying to - I hate to use the word 'legitimize', but at least show the evolution of our concept of drumming as it related to bebop, and I asked Kenny Clarke to do something with me and Milford and [Art Ensemble of Chicago drummer] Famoudou Don Moye. (This quartet recorded Pieces of Time for Soul Note records in 1983.) So the collaborations started once I realized that we were doing something that was just a little bit different from what had been going on traditionally, but I always kept in mind that I wanted to make it an evolution of the tradition."

In addition to having a remarkably deep understanding of the tradition of jazz drumming, Cyrille understands the various cultural roots that underlie it. He has released numerous records with African themes, such as Nuba (1979, Soul Note) and Ode to the Living Tree (1994, Evidence), the first jazz session ever recorded in Senegal, and he is able to trace a clear line between the rhythms of jazz and traditional African drumming. "I hear a lot of African music, and I hear something similar to the ride cymbal beat, 'dang, dinga-dang, dinga-dang,'" he notes. "Most of the jazz compositions that we know and love are based on that ride beat and all kinds of variations on it.

"You get the ride beat, and then you start playing certain things with the left hand on the snare drums, and you begin syncopating certain things with the bass drum, and the sock cymbal is involved. So, to me, it's almost like a choir of drummers each playing a different instrument and a different rhythm but all coming together in an ensemble. So when you put that kind of feeling and projection together with a lot of European information - in terms of rudiments, sticking, march beats played with a certain feeling - you get what we know as jazz and jazz drumming."

Cyrille views knowledge of the jazz tradition as a key to self-discovery. "I'm more about people finding themselves rather than being a clone of mine," he says when asked about his philosophy of teaching. When discussing the techniques of his early mentors, he speaks of a similarly open-ended approach that went beyond conventional lessons: "I used to hear Philly Joe Jones quite a bit. The interesting thing about it was that even though I would have liked to take a continuous series of lessons with him, it never really happened that way. You know, I'd hang out with him, and maybe on the subway, he'd show me something on his leg or something like that. So it was almost like he was the guy that put his arm around my shoulder, and he would talk to me and let me watch him, rather than saying, 'This is a lesson; study it for a week, and then come back.'"

One area of the tradition that Cyrille has helped to expand greatly is the drum solo. He first honed his solo technique by playing for dancers, an experience which Cyrille categorizes as "another outstanding chapter in my life as a drummer insofar as making music with the drum set so that people felt comfortable moving their bodies." His experience in this area was extensive and fruitful. "Every day I played two different classes," he recalls, "and that gave me the strength and imagination to play drum rhythms; and as a consequence, it wasn't that difficult for me to hold an audience playing solos."

Indeed, Cyrille's drum solos are totally captivating, not to mention unique in the world of jazz. On landmark recordings like 1971's What About? (BYG-Actuel) and 1978's The Loop (Ictus), Cyrille demonstrates a concept of percussion that incorporates breath and other subtle uses of the voice as well as uncommon instruments such as the slide whistle and, of all things, a newspaper.

"Sometimes you can get inspiration from anywhere," he explains. "I might think of body and soul and how I could express that in a musical way. So on that What About? album, when I conceived of the piece called "From Whence I Came", it had to do with that concept of body and soul. So the body was the sounds that you hear on the drums and my breath was the soul. I would breathe and play rhythms around the breathing.

"There was one thing I did on The Loop called "The News", where I put a newspaper on the drum set and played on the newspaper. And at the end of the composition to bring into focus what I was trying to say, I rolled up the paper and you hear that noise like when you ball paper together [makes gurgling sound in imitation and laughs]."

Such experiments reveal an eccentric and indefatigably curious musical mind. To Cyrille, though, they are simply a way of processing the information one gleans from everyday life. He elaborates: "Sound, even though we can't see it, is related to all the other senses. And as human beings, for the most part all of us deal with the five senses. So how do you relate in sound what comes through your senses? Writers and poets experience the same kinds of things except they express themselves in that medium. It's all about trying to bring a form to life, or give life to a form, which is art." 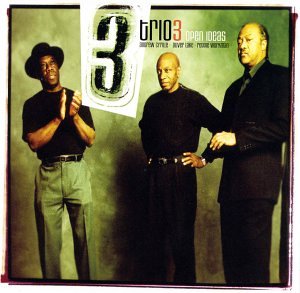 By always helping to elucidate the natural form of a given piece rather than imposing his own style, Cyrille has distinguished himself from a long lineage of "star" drummers in jazz whose virtuosic styles have at times threatened to overshadow the music of their ensembles. "I would think of what I felt was appropriate at the time for the music," Cyrille explains, characterizing his approach to playing with Cecil Taylor, "and that would be my contribution. It was always something that would inspire - I hoped - something that would give the music a voice, an extension of sound through the drum set."