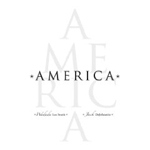 Originally proposed to ECM Records in 1979, the collaboration of trumpeter Wadada Leo Smith and drummer Jack DeJohnette has finally found new life in America. Recorded last year in Bill Laswell's New Jersey studio (but without his heavy-handed production aesthetic), this unadorned acoustic session documents two of the world's most versatile and virtuosic improvisers working through a set of six new compositions written by Smith.

Legendary veterans whose seminal innovations can be traced to the late '60s, Smith was a charter member of the AACM, while DeJohnette served with Miles Davis during his influential fusion period. Their finely tuned rapport was rekindled in the company of pianist Anthony Davis and late bassist Malachi Favors in the first version of Smith's Golden Quartet. Favors passing in 2004 disbanded the original line-up, leaving their first two albums, Golden Quartet (Tzadik, 2000) and Year of the Elephant (Pi, 2002) as definitive examples of creative improvised music for the new century.

Despite their limited palette, Smith and DeJohnette reveal a wealth of expressionistic possibilities. Bringing years of experience into play, each approaches the jazz tradition from opposite ends of the musical spectrum, yet they make a perfectly balanced pair. Smith's protean timbre and abstruse cadences are delivered with studied virtuosity, while DeJohnette executes intricate polyrhythmic fragments and elaborate fills with freewheeling verve. Exuding a primordial timelessness reminiscent of an extended ritual invocation, their empathetic dialog surpasses contemporary trends and stylistic precedents. Their interplay is measured and precise, neither overwrought nor timid, lending America an air of regal austerity—the sound of two masters engaged in an intimate musical conversation.

Visit Wadada Leo Smith and Jack DeJohnette on the web.