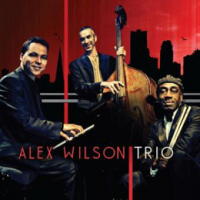 Combining live and studio recordings, original and classic tunes, up-tempo grooves and reflective ballads, the Alex Wilson Trio is a punchy, energetic, album. This is the ninth album from Wilson, but it's his first with a piano trio lineup. Wilson has released all of these albums on his own label, fitting in other projects such as his role as musical director for Rodrigo y Gabriela and his work with guitarist Ernest Ranglin between releases.

A quick scan of Wilson's discography reveals repeated references to Latin music and especially to salsa. Alex Wilson Trio has a much broader range than this: although Latin grooves are plentiful the influences of straight-ahead jazz, pop-rock and the American Songbook are also apparent. Wilson is accompanied throughout by the excellent Davide Mantovani on bass. For three tunes the drum chair is taken by Tristan Banks: for the rest it's occupied by Frank Tontoh whose lightly swinging style, inspired by pop, soul and Highlife, contrasts well with Banks' more muscular, straight-ahead, approach.

Wilson's "Kalisz," inspired by the Polish jazz piano festival, is a full-on, intense, display of his musical ability. Miles Davis' "Solar" gets a re-working inspired by Cuban danzón: the result is a slinky, sensual, version that showcases Mantovani's equally slinky bass solo. Tontoh's "Jasmina" is another delightfully danceable tune rooted in Mantovani's bass lines. "The Quest," another Wilson original, is slow and moody, a contrast to the upbeat drama of Mantovani's "Arab Spring."

Most of the tunes on Alex Wilson Trio were recorded live at Warwick Arts Centre and the Pizza Express Jazz Club in London. The band's sound is captured well. Unfortunately the audience enthusiasm on display on these live tracks is rather muted and sparse, even with its occasional whoop and whistle, diminishing rather than enhancing the live music experience. It may have been wiser to edit those responses out, leaving the trio's energy and verve to speak for itself.

Fly; Kalisz; Remercier Les Travailleurs; Solar; We Work The Black Seam Together; Jasmina; The Quest; Arab Spring; What Is This Thing Called Love. 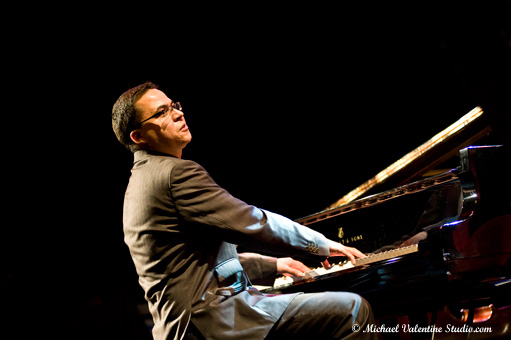