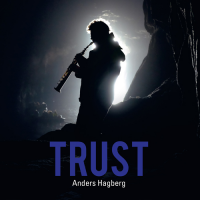 Throughout his musical career, Anders Hagberg has distinguished himself as an innovative and virtuosic improviser on the flute in genres such as jazz and world music. On his newest album, TRUST, he takes his creative approach to the flute to a new level with cinematic sounds, solitary melodies, and evocative grooves. Anders made all the music for the album using his many flutes, a soprano sax, and some percussion. The unique contrabass flute plays a key role. Anders used it to create all the rhythmic grooves and ambient sounds in the music. TRUST is one of the first albums ever to focus on this unique instrument in the context of melodic improvisation. The music for TRUST was originally created in interaction with visual artforms such as dance, pictures, video, and sculpture. It has been performed at exhibitions of art by Louise Bourgeois and Bill Viola, for the dance production RÖD, and at site-specific concerts. The recording was produced in close collaboration with sound designer and technician Åke Linton, who mixed the album. Several tracks feature the creative musicianship of Danish percussionist Lisbeth Diers. The cover photograph was taken at a solo concert in Klaemintgrottan, a cave on the island of Hestur in the Faroe Islands. 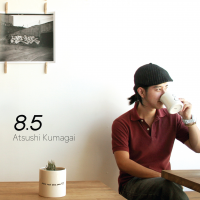 All About Jazz musician pages are maintained by musicians, publicists and trusted members like you. Interested? Tell us why you would like to improve the TRUST musician page.