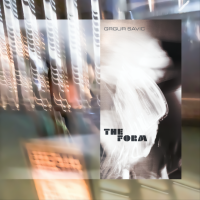 This recording took place in one-three hours long session on a winter day of November 2019 at Funkhaus studios in Berlin. This debut album features a set of new hand written compositions from Grgur, crossover between notated visual music charts, free improvisations and electronics. Though visual music points have been written out from Grgur's side the session made it's way and adhere to a commitment with pure improv making it exciting in trying to bridge the gap between composed and improvised. As clear that recording of ‘‘improvised‘‘ music is not an improvisation: it’s prime function as real-time music-making is lost once it is caught on tape, it has been important for Savic's understanding of how these compositions might, or might not, be used as improvisational guidences as well as for his understanding of the close relationship between various composed experimental musics in relation to free improv. GRGUR SAVICs - ‘‘THE FORM‘‘ Line up: Grgur Savic - saxophone, electronics Quentin Tolimieri - piano Fyodor Stepanov - double bass Vedran Ruzic - el.bass Chris Hill - drums, objects All compositions by Grgur Savic Recorded by Barak Shem Tov, Funkhaus Studios, November 2019 Mixed by Damjan Blazun, Grgur Savic Mastered by Zino Mikorey

Help improve the The Form page

All About Jazz musician pages are maintained by musicians, publicists and trusted members like you. Interested? Tell us why you would like to improve the The Form musician page.