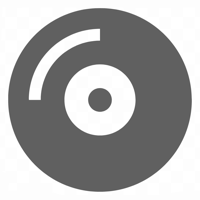 When Bill Barron recorded "Modern Windows Suite," his first Savoy recording, he and Ted Curson both were fresh from the uncharted waters of working with Cecil Taylor. It shows. "Modern Windows Suite," the album of 1961 consisting of Barron's extended and interconnected works, joins the other 1961 Barron album, "The Tenor Stylings Of Bill Barron," to fill out the CD. Both conjoined albums exhibit a creative composer and saxophonist interested in challenging conventional approaches to the music by insisting upon dissonance in his themes, by tampering with tempos, by allowing soloists to improvise free in an extended fashion, by creating impressionistic musical descriptions of scenes or moods, and by interweaving various thoughts throughout the albums into a whole, dense fabric. In many respects, Barron's work reflects some of Mingus' approaches, but with a stripped-down, ironically conventional, instrumentation. While Curson went on to fame with Mingus, and especially his extraordinary work with Eric Dolphy on "Jazz Festival/Antibes July 13, 1960" for which he'll forever be remembered, Bill Barron continued in his modest way to explore the intricacies of the music with occasion recordings and teaching gigs, most notably and finally at Wesleyan University in Connecticut. The contrast between the two albums comprising this re-release is notable. "Modern Windows Suite," the vinyl album, is a challenging tone poem of four movements building upon shifting styles and unconventional intervals, most particularly major sevenths. According to Kenny Barron, his brother chose the major sevenths so that the soloists "can't use their standard licks." The inclusion of Cameron on baritone sax creates a dense fabric of sometimes unison statements and sometimes free concomitant improvisation. Seventeen-year-old Kenny Barron for the most part vamps behind the soloists, surely a prodigy able to accompany the free-jazz masters but not giving a hint of his mastery to come. On the other hand, "The Tenor Stylings Of Bill Barron" somehow was engineered for sharper and more assertive sound reproduction, clarifying the roles of the instruments within each piece. Furthermore, the compositions on the album are based upon single themes for the most part, instead of thed inter-connectivity that prevails on the "Modern Windows Suite" album. "Oriental Impressions," as expected, is based upon Far East intervals and modes; "Fox Hunt" unblushingly starts with Curson's announcement of the hunt; "Blast Off," referring to the interest in space travel at the time, allows, at last, Barron and Curson to improvise over blues changes. A part of the creative Philadelphia jazz scene of his generation, along with many other better-known artists, Bill Barron for too long has been overlooked as an innovator and contributor to the music. The Savoy re-issues may allow a new generation to recognize Bill Barron as one of the quieter but nevertheless valued sounds from that pivotal time. Modern Windows Suite: Men At Work, Tone Colors, Dedication To Wanda, Keystone; Blast Off; Ode To An Earth Girl; Fox Hunt; Oriental Impressions; Backlash; Nebulae; Desolation

All About Jazz musician pages are maintained by musicians, publicists and trusted members like you. Interested? Tell us why you would like to improve the Modern Windows Suite musician page.