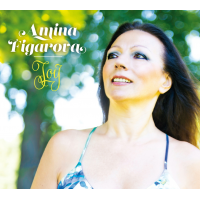 Joy; October Phantasy; Green Blues; Morning Dew; Ruby at Play; Suddenly Stars are Falling from the Sky; Road Ahead; Only Peace Liberates; Getting There; Muse.

Pianist/composer Amina Figarova seeks to inspire a more optimistic and positive future on her stunning new album Due out September 23 on AmFi Records, Joy features a stellar band with Wayne Escoffery, Rudy Royston, Yasushi Nakamura, Alex Pope Norris, Brian Richburg Jr., and Bart Platteau Wherever these words may reach you, undoubtedly the last few years have presented more than their fair share of challenges. The world is still emerging from a global pandemic, political turmoil has divided communities on large and small scales, and a bleak, inhospitable tone has pervaded social media. On her latest album, pianist/composer Amina Figarova strives to move beyond that darkness. With a simple, one-word title – Joy – she expresses the profound emotion that she not only celebrates but tries to spread through a lovely, embracing set of new music. “I really wanted to put an end to all this negativity and pain and suffering,” Figarova says. “I think I can speak for at least 90% of people in the world that music helps us to come through bad and good times. So I didn't want to write about the pain and despair of the past two years. I wanted to look forward.” Due out September 23, 2022 via Figarova’s own AmFi Records label, Joy is a return to the acoustic piano setting following the groove-heavy electronic excursion of her previous album, Persistence. The album reconvenes her regular collaborators: flutist (and husband) Bart Platteau, trumpeter/flugelhorn player Alex Pope Norris, saxophonist Wayne Escoffery, bassist Yasushi Nakamura, and Rudy Royston and Brian Richburg Jr. sharing drum duties. Vocalist/ songwriter Sasha Masakowski and percussionist Hasan Bakr make special guest appearances. This meeting of old friends contributes greatly toward embodying the warm spirits that Figarova aimed for with the new album. Add to that mixture ten original songs that exude bright feelings and lyrical melodies, and it would be difficult to find a more apt descriptor than the one Figarova chose to christen the album. While past albums have showcased her penchant for complex, interwoven layers – most memorably, her deft combination of jazz sextet and strings on 2019’s Road to the Sun – here she achieved music that is equally memorable while prioritizing emotion over complexity. “I wasn’t looking to experiment with this album,” she explains. “I simply wanted to bring positive energy, strong melodies and good feeling. I wanted to create an album for people to put on, relax, and enjoy.”That’s not nearly as easy to achieve as Figarova makes it out to be, especially given the virtuosity that this group of musicians inevitably brings to the table. But Joy serves as a reminder that each of them is equally skilled at expressing vibrant passion. Within moments of hearing Bakr’s shimmering percussion on the album-opening title track the corners of the listener’s mouth start to edge upwards, inevitably breaking into a full-fledged smile by the time the bold horn melody erupts. The tune rides forward on an ebullient 12/8 groove that links African rhythmic traditions with those of Figarova’s native Azerbaijan. Opening with Figarova’s delicate touch, the gorgeous, wistful “October Phantasy” is graced by stunning lyrics by Masakowski that touchingly express a mixture of loss and hope. Figarova’s arrangement takes an unusual approach, building gradually in intensity until the belated entrance of Masakowksi’s dramatic vocals. The brisk “Green Blues” references Figarova’s lifelong synesthesia, in which sounds suggest colors and vice versa. Green is the color of Joy, as vividly depicted in the lush, sun-dappled cover art. The glistening “Morning Dew” marvels at the magical and intimate wonders of nature, while “Ruby at Play” is an eccentric ode to the newest addition to the Figarova-Platteau household: a rescued Labrador-Retriever puppy known to gambol around the pianist’s feet as she plays and composes. That household is now split between the couple’s longtime home in New York City and a new headquarters in another of the country’s jazz meccas, New Orleans. It was an evening in the Crescent City, with power out in the aftermath of Hurricane Ida in 2021 that inspired “Suddenly Stars Are Falling From the Sky.” Gazing up at a night sky no longer competing with man-made electricity, Figarova began to sing the title, a melody so string that listeners can sing along even now, with no lyrics penned to the song (yet, anyway – Figarova hopes to rerecord it with a vocalist one day). The fragile “Only Peace Liberates” was also born in New Orleans, as the far-off fireworks on the 4th of July seemed peaceful and reassuring in contrast to the explosive cacophony of a typical holiday in New York. “Road Ahead,” buoyed by the reassuring propulsion of Royston and Nakamura, and the determined “Getting There” both encapsulate the composer’s insistence on moving forward and leaving the past behind. The album ends with the dream-like “Muse,” an ethereal ode to inspiration that draws to a close on a seeking, optimistic note. “Music is therapy,” Figarova says, a sentiment that audience members have shared with her in the past. At a recent performance at New Orleans’ Snug Harbor, a fan approached the pianist to thank her for the 2005 album September Suite. Originally inspired by the September 11 attacks, for this listener the album had been the soundtrack for her recovery after the devastation of Hurricane Katrina. “We all live in uncertainty,” Figarova concludes. “My message and my mission are to spread good energy and lift people’s spirits.” 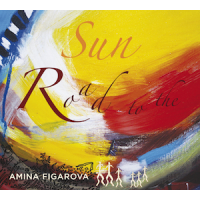 Road To The Sun 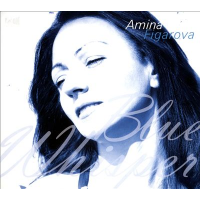 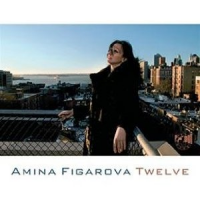 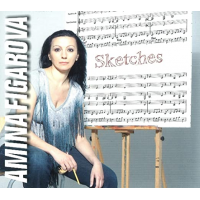 All About Jazz musician pages are maintained by musicians, publicists and trusted members like you. Interested? Tell us why you would like to improve the Joy musician page.