BY JACK BOWERS
January 1, 1999
Sign in to view read count
Denmark’s JAZZPAR project, nearing the end of its first decade, not only bestows one of Europe’s most prestigious awards each year to an outstanding Jazz musician (past winners have included Gary Burton, David Murray, Hank Jones, Lee Konitz, Tommy Flanagan, Roy Haynes, Bob Brookmeyer, Geri Allen and Jim Hall), it gives a prominent Danish musician the opportunity to perform with one or more guest artists from abroad. In ’98, the honored recipient was trombonist Erling Kroner who chose as his guests two Argentinean virtuosos, guitarist Quique Sinesi and bandoneónist Dino Saluzzi. Their concert performance was recorded for Storyville Records last April in Copenhagen. The guests are front and center on most numbers (all of which were written and arranged by Kroner), with the trombonist’s core quintet playing a generally secondary yet always supportive role. The music is buoyant and colorful, the rhythms (including tango, candombe and milonga) remindful of Latin America in general and Argentina in particular. An exception is “Little Miss Gravity Center,” a blues–inflected piece with Ellingtonian voicings in a Mingus–like vessel on which the quintet takes the lead with Bévort (on tenor) and Kroner soloing nicely alongside their guests. The title selection, which closes the concert, is a flashy tour de force for bandoneón wizard Saluzzi, as is “Maestro Mágico,” which also includes a nimble soprano solo by Bévort. The more subdued works (“Siluetas,” “Corrido de Doña Luz”) are enchanting and evocative. If you’re an admirer (as Kroner is) of Argentina’s legendary Astor Piazzola, you’ll have a fair idea of what to expect from this concert — and chances are you’ll surrender without a struggle, as I did, to its hypnotic charms. 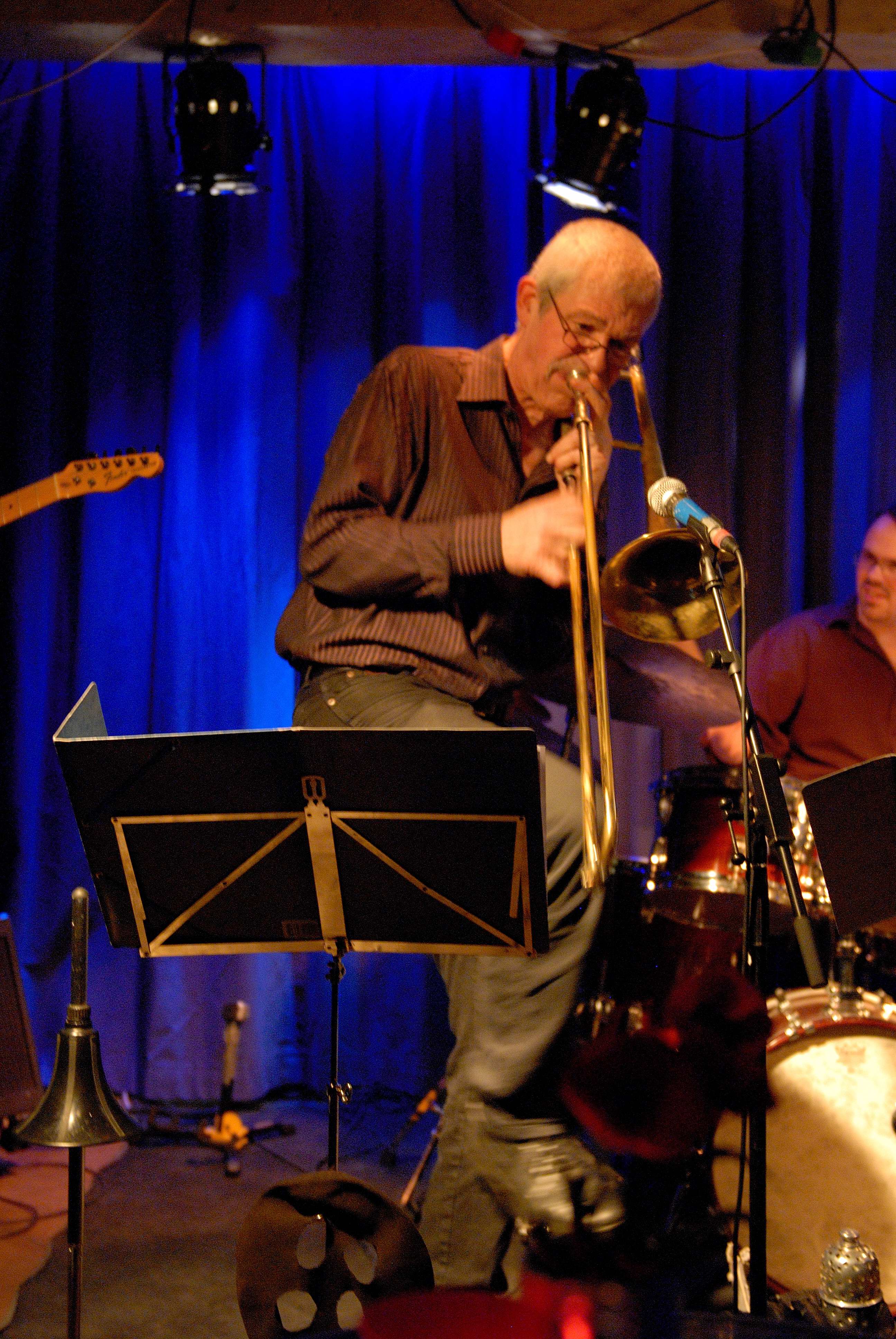