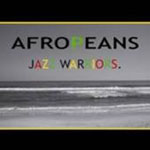 A live recording made at London's Barbican concert hall in October, 2007, Afropeans commemorated two anniversaries. The first, for which reed player/composer Courtney Pine had been commissioned to assemble the music and the band, was the 200th anniversary of Britain's abolition of the slave trade. The second, coincidentally but with a fine synchronicity, was the 20th anniversary of the pioneering London-based band the Jazz Warriors' only album, Out Of Many, One People (Island, 1987).

Founded by Pine to harness the collective strength of African-Caribbean jazz musicians based in the UK, the Jazz Warriors broke up in somewhat acrimonious circumstances after a thrilling but short-lived existence. It re-emerged under Warriors' bassist Gary Crosby's leadership in 1991 as Tomorrow's Warriors, with the express intent of nurturing young African-Caribbean jazz musicians.

A multi-generational band had been part of Pine's vision for the original Warriors, and the line-up he put together for the 2007 Barbican concert was in that respect a latter day reflection of the first big band. This time, the established names were trumpeter Byron Wallen, pianist Alex Wilson and Pine himself. The other musicians ranged from on-the-cusp of stardom trumpeter Jay Phelps and saxophonists Jason Yarde and Shabaka Hutchins, to the relatively unknown cellist Ayanna Witter Johnson and steel pans player Samuel Dubois, taking in along the way the superb drummer Robert Fordjour, bassist Darren Taylor and electric violinist Omar Puente.

It's a kick-ass line-up, and the music on Afropeans, as befits the occasion, is in the main tumultuous and celebratory—and also defiant, for the abolition of slavery did not, of course, wipe out economic deprivation, from which many black Britons continue to suffer.

Six of the eight tracks were composed and arranged by Pine (the exceptions being Omar Puente's "Apunta Un Lapiz" and Alex Wilson's arrangement of the traditional "Remercier Les Travelleurs"). Solo spots are spread in an egalitarian fashion across the 15 members of the band (Pine takes only one, on "Crossing The Sands," on bass clarinet).

The album's highpoint is Wilson's six-minute showcase, "Remercier Les Travelleurs," in which he approaches the piano as though it is a west African kora, recreating that singular instrument's cascading runs and, uncannily, even something of its sound. Other highlights, and there are many, include trombonist Harry Brown's stirring evocation of the unruly Jamaican ska master, the late Don Drummond, on "Blak Flag;" Samuel Dubois' quirky jazz-pans solo on "We Are A Warrior;" and Jason Yarde's booting baritone theme statement on "Civilisation" and exultant soprano solo on "Abolition Day."

It seemed like a great gig at the time—and this welcome and engaging album confirms that indeed it was. Please, let's not have to wait another 20 years for the next one.