By William Grim
November 6, 2002
Sign in to view read count 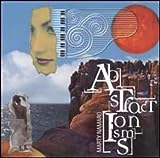 This is a very interesting album by multi-instrumentalist Marty Namaro. The pieces on Abstractionisms, all originals, are much less abstract than the title of the album would seem to indicate. Many of the faster numbers have a certain latin flavor, and the ballads are particuarly interesting from a harmonic standpoint.

According to the liner notes, this CD originally was influenced by a one-man play Namaro had written some years back (Namaro is also an actor.). To make a long story short, the original conception of the album changed. The same pieces which originally were meant to have programmatic meanings based on the play, now came to represent abstract concepts. This probably says much more about the impossibility of music providing literal meanings in the literary sense than it does about the quality of the compositions themselves. The music is quite good and it can be fully appreciated without any knowledge of the intentions behind the composition of the music.

The two most successful works on the album are "Strange Beings of Futurity" and "Skirmish of the Minds" in which Namaro is joined by reedman Kenny Pexton. While Namaro appears to be able to do everything well, when he is playing with (or against) another live player it seems to improve his playing. Jazz, after all, is a live, spontaneous muical genre, and the interplay with another soloist is especially vital. It remains impressive, however, that Namaro is equally as good a drummer as he is a pianist. Like the Singers Unlimited, Namaro's multi-instrumental virtuosity unfortunately remains a studio phenomenon and not one that can be experienced in a live setting.

For more about Marty Namaro, please see his website /www.martynamaro.com .

The Accident; Booba; Marty's Bossa; Time Travel Sequence/Strange Beings of Futurity; Hidden Demons; The Social Morality of Immorality; The Classicist's Law; Skirmish of the Minds; The Imperical Matron; The 3R's; Blues for Angela; Ode to Wells