Hilde Marie Kjersem: A Killer For That Ache

By John Kelman
September 12, 2008
Sign in to view read count 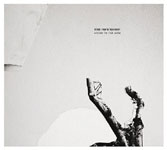 When singer/songwriter Hilde Marie Kjersem performed with her group in May, as part of a Bokna Fjord and Lysefjorden boat tour during the JazzNorway in a Nutshell 2008 showcase, she had a lot of things going against her. The group was performing outdoor on the boat's deck with a barely adequate PA system, the wind created numerous problems for the band and specifically the singer's ability to hear herself and maintain her pitch, and the less-than-perfect conditions seemed to compel Kjersem and the group to substitute volume and drama for what appeared to be a series of appealing, slightly off-kilter pop tunes. A Killer For That Ache, Kjersem's debut as a leader following records with the now-disbanded TUB Quartet and Twelve O'Clock Tales (Curling Legs, 2005), places her in a far better context, delivering on the promise of those songs.

The group was also hamstrung by a largely more conventional rock group line-up of guitar, bass, keys and drums, though Kjersem did play her autoharp on the charmingly naive "Sleepyhead" that also opens A Killer. While her performance suggested a rich, interpretive voice capable of great subtlety and greater power, it quickly got lost when the group came in. Here, with economical and better conceived instrumentation that nevertheless weighs heavily on Jørgen Munkeby and Sjur Meiljeteig's various reeds and horns, the songs take on a lusher complexion.

Munkeby, the mainstay of Rune Grammofon group Shining, is a versatile multi-instrumentalist who elevated that group's In the Kingdom of Kitsch You Will Be a Monster (2005) and Shining (2007) into the realm of challenging, epic-based sonic collage. Here he proves equally capable of sparer contexts, his bass clarinet driving the minimal pulse of "It Is Easy," alternating with a strange, carnival-esque chorus that reflects Kjersem's interest in Tim Burton and the film director's longtime musical cohort, Danny Elfman.

But A Killer is Kjersem's show, all eleven songs written by the singer and demonstrating a wealth of ideas and breadth of scope. The title track is gorgeous, where a layered choir is all that's needed to support Kjersem's evocative vocal. "Midwest Country" is, indeed, an Americana-centric song that still manages to feel somehow skewed, while another solely vocal track, "Save Up," reflects a southern gospel influence. Kjersem's voice is remarkably malleable—soft and warm on the closing "Working Girl," where a lovely mix of Torbjørn Folke Zetterberg banjo and Kjerstem's Fender Rhodes leads into a majestic ending; understated on the electonica-centric "London Bridge"; and ethereal on the dramatic "Marie Antoinette." She rarely lets loose, as she did more consistently in performance, but it makes the rare occasion when she does here far more effective.

With a combination of oftentimes innocent lyrics and a modern approach to songwriting that meshes a wealth of influences and production ideas, A Killer For That Ache is a welcome debut that's a far better representation of Kjersem's potential than her sadly trouble-fraught performance.

Sleepyhead; Mary Full of Grace; Fantasy; Marie Antoinette; A Killer For That Ache; Midwest Country; Save Up; London Bridge; It Is Easy; Catching a Star; Working Girl.