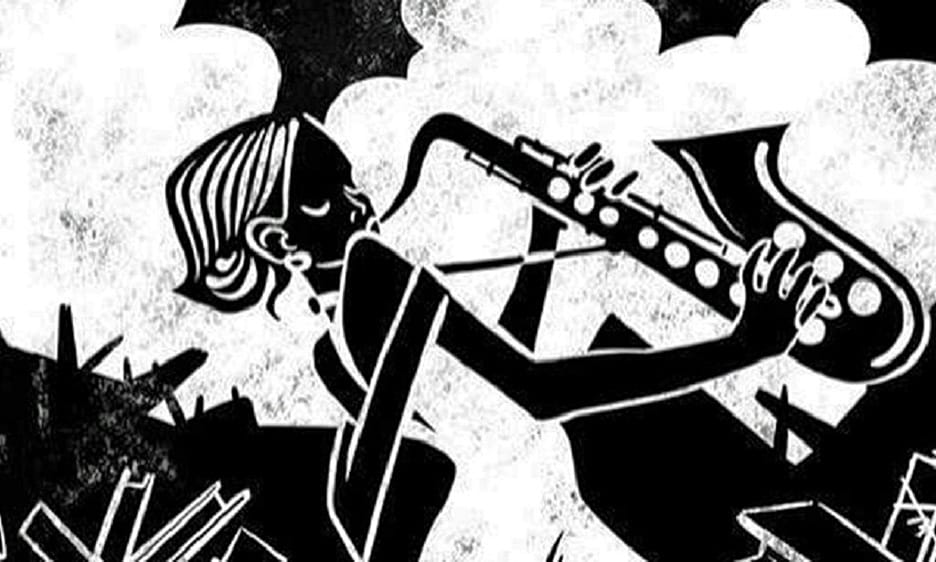 By Ian Patterson
February 11, 2020
Sign in to view read count

They know there’s freedom in it. They know the power of it and they just can’t stand it
—Zandra Queen of Jazz

Jazz women are like hen's teeth in general histories of jazz. It took Sally Placksin's Jazz Women 1900 To The Present: Their Words, Lives and Music (Pluto Press, 1985) to acknowledge the contributions of dozens of jazz's outstanding female practitioners. There have been, inevitably, many more lesser-known female jazz musicians down the years, ignored by the recording industry and historians alike.

"What had been the true texture of their lives in a largely unsupported—even unpopular and slightly disreputable—American art form considered for the most part solely the province of the men?," Placksin asked of these women, in the book's introduction. "How had they started out and survived? How had they been affected by the deeply ingrained western tradition which held that women should not even play brass or reeds, let alone become important leaders, soloists or innovators on the instruments?"

Zandra Queen of Jazz, an entertaining one-woman play written and performed by Roseanne Lynch, addresses these sorts of questions in throwing the spotlight on the adventurous life and tumultuous times of Josephine Alexandra Mitchell (1903-1995)—Ireland's first female professional saxophonist.

This run of three nights at Smock Alley Theatre—first opened in 1662—follows seven sell-out shows in November 2019. Zandra Queen of Jazz' success is not about fascination with celebrity, for Mitchell remains a virtual unknown, despite a passing mention in editor Francesco Martinelli's mammoth tome The History of European Jazz: The Music, Musicians and Audiences In Context (Equinox Publishing, 2018). Nor one suspects, is jazz the draw. More likely, the appeal of Lynch's play lies in Mitchell's personal rebellion. The Irish have always embraced their rebellious sons and daughters.

A fearless woman who bucked cultural norms, Mitchell forged a career as a jazz musician while battling prejudice and misogyny at every turn. Undeterred, she gave a stiff middle finger to the gender stereotyping that was deeply ingrained in—though hardly unique to—the fiercely conservative Ireland of the 1920s. Zandra Queen of Jazz is a play whose heroine connects with the spirit of this age.

For seventy-five minutes, Lynch dances, mimes, jokes and acts her way through the rise and fall of Josephine Alexandra Mitchell, or Zandra. From Mitchell's upbringing in a musical family in Dublin and her bold leap into the world of jazz—first in London and then across continental Europe—to her reclusive final years in windswept Donegal, Lynch traces the fortunes and misfortunes of a trailblazer, with candour and wit.

Lynch's energy is admirable as she evokes her subject's passion for jazz, and the lust for life that Mitchell must surely have felt. So too, her ability to switch back and forth conversationally between Zandra and supporting characters. It gives the impression of improvisation, though the lines are flawlessly rehearsed and the rhythms exact.

Lynch interweaves a range of national and regional accents without missing a beat. Family, fellow musicians, lovers, the Catholic Church, club owners, the Nazis—nearly all represent challenges to be overcome by Zandra. In Zandra's story there are very few enablers.

Given parental permission to accompany her jazz musician brother Eddie to London, though only for a week, Zandra's talent as a saxophonist is spotted and she is offered a job in a jazz band set to tour Switzerland. Her shriek of delight sounds like a war cry. Zandra's course is set. Thereafter, any news Zandra's family receives of her come in a series of postcards from Switzerland, Denmark, Libya, Greece and France.

In Paris, Zandra plays with Django Reinhardt and Coleman Hawkins, "not that any of the fuckers will believe me when I get back to Ireland," she remarks cuttingly. These collaborations, however, are generally accepted as historical fact. What is difficult to believe is that any Irish male jazz musician would have suffered the same anonymous fate as Mitchell had they shared the stage with two of jazz' undisputed legends.

Zandra romances Hawkins, which may or may not true, but the American tenor saxophonist did, apparently, give Zandra his Selmer mouthpiece. As for their romance, Zandra observes that such a dalliance would never be accepted in Dublin.

With so little known about Mitchell—there are no recordings or interviews, it seems—Lynch has taken liberal poetic license in constructing her narrative. The writer/actor's aim, however, is to present her vision of the spirit of the woman and the spirit of the times. Mitchell comes across as a feisty libertarian with an appetite for the nightlife. Men come and go in her life. An unplanned pregnancy, out of wedlock, forces Zandra to give up her child for adoption. "I keep her, I'm a monster. I give her away, I'm a monster. People don't know what women go through..." she ruminates bitterly.

A letter from home leaves her a stark choice: come home or be disowned. Zandra moves to Berlin.

For a jazz musician like Mitchell, Ireland was simply backward, for the Irish Catholic Church with its "hocus pocus" shunned jazz as a barbaric aberration. In Berlin, Zandra forms her own, international band—Baby Mitchell's Queens of Jazz. Jazz, however, becomes a target for the Nazis and the music is effectively banned. For Zandra, the Nazis are "no worse than the bleedin' Catholic church...trying to control everything and everyone."

Inga, the violinist in Zandra's band, wears the Nazi's yellow star that brands her a Jew. Later, Zandra rages, Inga is killed by the Gestapo for her allegiance to the Resistance.

Richard Lennon' accompanying soundtrack oscillates between the jazz of the Roaring Twenties and sombre atmospheres that reflect the darker undertones of Zandra's life and times. Still, despite the references to Kristallnacht—the 1938 Nazi-led pogroms of Jews in German cities—the bombing, and Zandra's scramble to escape Nazi Germany, which she manages via a marriage of convenience, the balance of the play leans heavily towards frivolity. Even the disapproving voices of society's moral arbitrators—the curtain twitcher, the priest— who look aghast upon this single woman who dares to lead an independent life, are presented as comical caricature. A series of corny drummer jokes as old as the proverbial hills adds to the play's light-hearted soul.

In part, this lack of gravitas reflects Lynch's portrayal of Mitchell as a lover of life who refused to be brought down by the naysayers, nor thwarted by any obstacle. Life for Mitchell was a song to be sung and danced, and to hell with the inevitable bum note or false step. And there's no escaping the fact that jazz, particularly in Mitchell's day, was primarily entertainment, and Zandra Queen of Jazz entertains.

After the war Zandra returns to Dublin, and although she forms another band and plays with musicians in Sligo, Zandra once more suffers the slings and arrows of fortune when her husband runs off with her brother's wife. Who could blame her then, for spending her final decades as something of a recluse in the family holiday home in Donegal, in north-west Ireland?

The final act in Zandra's story is reserved for Michael Gallagher, a friend of the saxophonist until her death at the ripe age of 92. Lynch and Lennon interviewed Gallagher at length, and his recorded voice pays fond and honest tribute to Zandra. He recalls her ability to juggle politeness and cursing and he praises her toughness. As to her remarkable life and achievements, Gallagher notes that there were those who believed her and those who didn't. Michael, however, was in no doubt. "It was amazing," he says. "She was way ahead of her time."

Lynch's labor-of-love honors Alexandra Josephine Mitchell in a way that a few lines in jazz historiography cannot. Lynch brings the textures of Mitchell's life, to use Placksin's phrase, into sharp relief. Mitchell's highs and lows played out against a historical background both epic and crushing. That Mitchell rode, and mostly conquered those waves, is testament to her fortitude as much as it is to her talent.

Mitchell's greatest achievement, however, which Lynch nails high to the play's mast, is that she wrote/improvised her own script all her life.