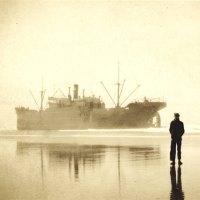 Video game soundtracks immerse players by provoking a strong emotional response, either in the cozyness of a welcoming melody, the eerie dread of cold synths or the encouraging energy of an upbeat jazzy theme.

Given how versatile and emotional this music can be for those who grow up with it, it is no surprise that Josiah Everhart, a singer-songwriter who began his musical career by posting covers of songs from video games on YouTube, would make an album like Yearn in Years. Everhart's debut full-length album almost perfectly captures the appeal of the music he covers and establishes his unique voice as a songwriter, creating a final product just as catchy as it is heartbreaking.

After years of posting his folksy reinterpretations of songs from classic video games online, the Oregon-native released his first collection of original music, the seven-track album Songs Come and Gone, (Self Produced) in 2017. While the material on Songs Come and Gone delivered a similar sound to his covers, with minimal instrumentation and intimate vocals, Yearn in Years represents a complete evolution of his sound, using grand instrumental palettes and generous effects to create more theatrical and engrossing songs.

The album's dynamic and detailed production reaches its peak on "Hey, Mister," where the core acoustic arpeggios, spacey drums and soft bass are elevated with glorious layers of backing harmonies and watery slide guitar licks. The track elevates its simple structure with a surprising compositional move in the midsection, introducing brighter chords and delicate atmospherics in a twist reminiscent of Radiohead's songwriting on tracks like "Let Down." "Hey, Mister" ends with one last added layer of distant electric guitar, bringing this intricate soundscape to an epic conclusion.

Unfortunately, the one track where the album's spacey production becomes muddy is on the closer, "Without." After opening with beautiful splashes of muffled guitars, the song builds with layers of soft synths and a simple beat into a chorus so washed out that all the cymbal crashes and bright synths melt together. The short three minutes of "Without" does not quite provide enough time to build up to such a climax, resulting in a track that feels messy.

Even when the production falters, Everhart's confessional and poetic songwriting keeps the album entertaining and potent. Although Everhart has always had a knack for writing lovely, melancholy songs, his work on Yearn in Years takes a much darker and more personal turn, using lavish sounds to highlight uncompromisingly honest lyrics.

On its surface, "I Just Want To" is a happy song, using a bossa nova groove, warm keyboards, cheerful vocal harmonies and bouncy synth tones to create an instant earworm. And the song's title seems to suggest some quaint topic Everhart had addressed before, like longing for love or the innocence of childhood.

Instead, Everhart sings about losing the will to live, painting a bleak picture of a struggle to find motivation and hope. He belts out lyrics about not being able to get out of bed and calls being abandoned and left in a gutter "more than I deserve." The contrast between the carefree instrumental and crushing lyrics make "I Just Want To" gut-wrenching at times and darkly funny in others, but always a beautiful and courageous artistic statement.

Although its production can seem amatuer at times, Yearn in Years is an endlessly replayable folk and singer-songwriter triumph that brings Josiah Everhart's unique voice far beyond the shadow of the composers he covers.