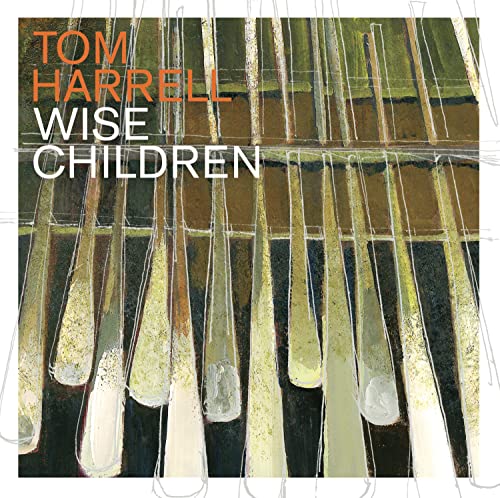 The nicest thing you could say about trumpeter Tom Harrell's Wise Children, unfortunately, is that you've heard it all before. "Straight to My Heart" with guest diva Dianne Reeves sounds like every smooth jazz ballad put to tape during the 1970s and '80s; and its irritating blandness is merely exacerbated by some abysmally cliché lyrics penned by Kami Lyle. As much as I appreciate Reeve's voice (especially on her Blue Note outings), I don’t see how she is well served here. The tune itself – as with all the vocal tracks on Wise Children – was originally one of Harrell's instrumentals, in this case entitled "Wednesday Colored." Why it didn’t stay that way is a mystery.

More of a mystery is how "What Will They Think of Next" managed to be published, recorded and released without violating copyright infringements somewhere along the way, making "heard it all before" something of a euphemism. It's more or less a muzak rendition of the Average White Band's "Pick up the Pieces." And then Harrell and his bandmates reprise the funk/groove intro in a nearly identical head just three tracks later on "See You at Seven." These are, one should note, the most egregiously uninspired moments on an album that is generally as limp as three-week-old celery. Neither the mildly exotic stylings of "Paz" nor the additional guest vocals from Jane Monheit ("Snow," originally "Ballad in D") and Cassandra Wilson ("Leaves," originally "Peace") are able to counteract this unfortunate quality, though Monheit is compelling enough to nudge her song just beyond mediocrity. Lisa Michel's lyrics on these two vocal tracks are only slightly less embarrassing than Lyle's.

The sequencing is another mess. Harrell (or perhaps we ought to point the finger at producer John Snyder) has chosen to alternate instrumental and vocal tracks (1, 3, 5, 7, 8, 10 and 2, 4, 6 9, respectively), which, in addition to being supremely annoying, hinders any chance of the listener settling into the album. It almost seems as if Harrell himself is aware of the myriad shortcomings and is trying to distract from the fact that Wise Children does indeed resemble the aforementioned flaccid vegetable.

All this would suggest an album that should never be purchased in the first place; either that, or relegated to discount and used record bins without delay. But the title track is Harrell's shot at redemption, and here he succeeds. The five minutes of "Wise Children" slip by in a subdued reverie, and the careful control Harrell exercises over his instrument recalls Clifford Brown in terms of lucidity and emotional impact. It closes the eponymous album in such a sublime, moving way that it makes it difficult to simply write off the entire effort. Maybe this was the intention. It will be up to the jazz listener to decided whether or not one track (two at the outside) justifies buying an entire album. Or is this sort of single-song event what Apple's iTunes Music Store is for?