Why Classical Music is Important--The Lamentations of Jeremiah

Where the Classical, African, and Caribbean traditions collide is where Jazz was born.

Why is it important in jazz, or any modern music for that matter, to have an awareness of the early Western Musical Traditions? Because it is academically and creatively responsible to know from whence we come in any artistic endeavor, be it musical or otherwise. "Classical" music, particularly of the Western Tradition, is the foundation of all music that comes later. Where the Classical, African, and Caribbean traditions collide is where Jazz was born. I want to spend several episodes of Nights at the Turntable discussing some of the elements of the Western Classical Tradition to broaden the scope of our musical learning and appreciation.

I am beginning a bit in the middle, after the introduction of plainchant (Gregorian Chant) and after the beginning of polyphony in the 12th century. 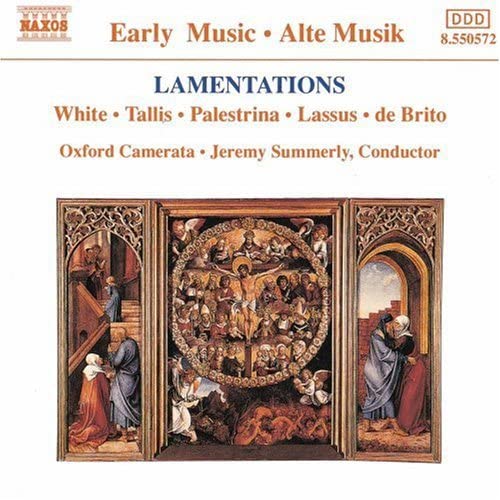 The Lamentations of Jeremiah

The Christian Bible has been the source and inspiration for a variety of religious choral pieces since its assembly in the first half of the first millennium. The Magnificat is based on the Gospel according to Luke 1:46-56 (? My soul doth magnify the Lord? ). This scripture has been set to music by J.S. Bach, Johann Christian Bach, Orlande de Lassus, Marc-Antoine Charpentier, and Arvo Part. Another popular scriptural setting is the Book of Isaiah. Handel opened the most famous choral piece, Messiah, with Isaiah 40:1? Comfort Ye, My People. These are not religious facts to be dismissed by modern cultural critics as insignificant manifestations of superstition, they are historical ones, though not without religious and spiritual significance and consequences. But that is not the central issue here. Historically, religion in general, and the Roman Catholic Tradition in particular, has given rise to an enormously important body of music that has not ceased to influence all since composed.

In the Catholic Tradition the Lamentations of Jeremiah have provided a setting that has resulted in many important compositions. The musical adaptation of Lamentations is centuries old and has managed to harbor a number of historical quirks worthy of explanation. The Lamentations are found in the Book of Lamentations, immediately following the Book of Jeremiah. While canonically attributed to the prophet Jeremiah, a different, more educated prophet most likely composed them, though this matter remains a matter of academic contention.

The Book of Lamentations are part of the liturgy of the Holy Week, and demonstrate the components of lament, atonement and repentance of the Easter festivities. The text itself is divided into 5 chapters. All but chapter 3 have 22 verses, with chapter 3 having 66 verses. The verses of the chapters are based on an acrostic based on the original Hebrew alphabet, where the first letter of each verse corresponds to the Hebrew alphabet in its usual order. In the case of chapter 3, verses are grouped in sets of three, each verse within a set beginning with the same letter, and the 22 sets ordered alphabetically.

As originally used in the Roman Catholic liturgy, the text comes from the Latin Vulgate as translated from the original by St. Jerome and further elaborated on by other translators. The Vulgate translators kept a trace of the original arrangement of the poetry by retaining the Hebrew letter at the beginning of each verse. The chant setting of the Lamentations respected the Vulgate and the initial letters provided for extended melismas (long groups of notes on the same vowel, something not traditional in Gregorian chant, but by no means rare as many alleluias have melismas). That tradition of is probably as old as Gregorian itself, and may have roots in Hebrew liturgy. The majority of early composers employed melismas in their Lamentations settings.

There exist scores of recordings of Lamentations settings. I recommend Lamentations—White Tallis, Palestrina, Lassus, de Brito (Naxos Records Alte Musik, 8.550572, 1991) as interpreted by the Oxford Camerata, Jeremy Summerly, Conductor. It is impeccably performed and recorded and more affordable than most of the other releases. This disc contains Lamentations settings by five composers. Robert White (1538-1574) was a contemporary of Thomas Tallis (1505-1594) both men being Englishmen. They lived during the reign of Queen Elizabeth I. Despite the Latin texts employed, these settings betrayed a dense Reformation influence. Beautifully polyphonic, both men used harmonic lattices daring for the time. White's setting is as one extended composition, whereas Tallis' is broken into two "sets."

The remaining three composers are from mainland Europe and were also contemporaries of White and Tallis. Italian Giovanni Palestrina (1525-1594) and Franco Flemish Orlande de Lassus (1532-1594) wrote complete sets of the Lamentations for all three Holy Days. These settings are more Catholic and conservative than the Reformation-minded White and Tallis versions. While polyphonic, the harmonics lack the daring and ornateness of the English settings while still being sublime. Even sparer are the settings of Estê¶¡o de Brito. De Brito employed dissonance in his composition, a practice frowned upon by Renaissance (read the roman Catholic Church) Music theorists at the time.

provides a smattering of settings to whet the interest of listeners. There exist many other interpretations of these and other composers work worthy of the listeners' attention. This is pristine, crystalline choral music that wisely predicts the coming Classical period.

For more information, see Naxos Records and The Oxford Camerata . 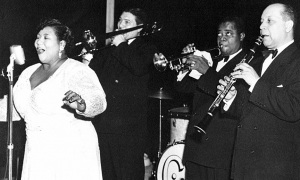