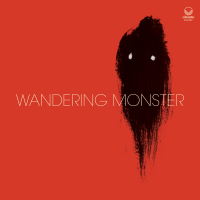 Wandering Monster is the eponymously titled debut album for a quintet comprising five young musicians based in the Leeds area of England. The group came to fame after winning the 2016/17 Jazz North Introduces Award, and is led by bassist Sam Quintana who wrote all the album's compositions.

"Samsara" is driven-off by Quintana's resonant bass, Tom Higham's subtle drumming and Aleks Podraza's fluid piano line before the ensemble kicks-in with a labyrinthine theme. Plenty of space is afforded Ben Powling's tenor to solo energetically. "The Rush Begins" as its title suggests, is initially more urgently-paced but its gripping staccato interjections gradually give way to calmer waters and Podraza's piano embellishments. On "Sweetheart," guitarist Calvin Travers gets a chance to stretch out on a relaxed, perfectly measured solo. He is heard again on "Emöke" where his playing briefly channels the sedate opening section of Jimi Hendrix's "One Rainy Wish." The complex and insistent bass figure intro to "Tuco" yields to an engaging ensemble tune followed by a walking bass section over which Podraza solos first followed by a muscular tenor solo from Powling.

Concluding the set is the poignant "Happy Place" which benefits from a tranquil, melodious ensemble head. Quintana gets the opportunity to lay down a satisfyingly rich bass solo here, proving that composition isn't his only strong suit. For a debut album this is an excellent start, and whilst it might take listeners a couple of plays before completely "getting it," perseverance definitely pays dividends. All the musicians involved are equally gifted and this forty-minute foray augurs well for the future of this embryonic monster band.