Chris McGregor: Up To Earth 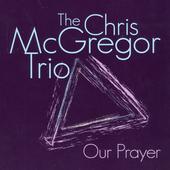 This archival release of South African pianist-composer Chris McGregor's music was recorded in 1969, ostensibly as a follow-up to the Blue Notes' Very Urgent (Polydor, 1968), also reissued by Fledg'ling. It serves as somewhat of a missing link between the Euro-African free jazz of their debut and the township and kwela-inflected big band looseness of the Brotherhood of Breath, whose first proper recording was still a year away.

For whatever reason, this session went unissued, though test pressings were made up and have circulated among collectors for some time. This incarnation of the band is a septet, featuring usual suspects in trumpeter Mongezi Feza, drummer Louis Moholo and altoist Dudu Pukwana. Joining the core are English tenor man Evan Parker and reedman John Surman, as well as bassists Barre Phillips and Danny Thompson on four originals. Thompson, though he played with jazzmen John Stevens and Tony Roberts (and arranged a solo rendition of "Goodbye Porkpie Hat"), is most known for his work in the Brit-folk ensemble The Pentangle, with guitarists John Renbourn and Bert Jansch. Here his unflagging outlines provide a solid, crisp foundation for Parker's youthful skronk and Feza's brittle flights.

The second piece, "Yickytickee," has a drunkenly lopsided theme that seems made to grow out of the Brotherhood's large group maelstroms, Parker's biting tenor guffaws popping out on the down stroke as Moholo, McGregor and Thompson set a quick tempo. Barreling brass erupts into vicious collective stabs and shouts as Thompson and Moholo cut a liquid walk, Surman's incantory soprano and bent North African double-reed chant finding an immediate foil in Moholo's township drum choir. After the head returns, there's a brief unaccompanied bass statement before the show-stopping "Union Special," a madcap theme which often made its way into Brotherhood performances.

The title track begins with rollicking piano before a tart near-jitterbug emerges. McGregor gnaws at the upper registers, teasing with plaintiveness before bringing out shards of broken glass in rapid-fire clusters. Surman's baritone shifts from Harry Carney to panned blasts of pure sound in tight, athletic, heel- digging runs—he may be the showman of the ensemble (dig his pummeling duo with Pukwana in the closing minutes of "Years Ago Now"), but his technique and command are no sore thumb even in such a freewheeling context.

That is, of course, something that runs through the music of Chris McGregor and his cohorts—namely, an understanding of when to let the music run with virile energy and when to yoke it with crispness, delicacy and elan. Just as players like Pukwana, Feza and Parker act like shears on decorum, the rhythm section clips forward with barbed sleekness. Up To Earth is a very welcome addition to the available landscape of these South African expatriates, and to the climate of improvised music as a whole.

Moonlight Aloe; Yickytickee/Union Special; Up To Earth; Years Ago Now.