Tuey Connell: Under the Influence 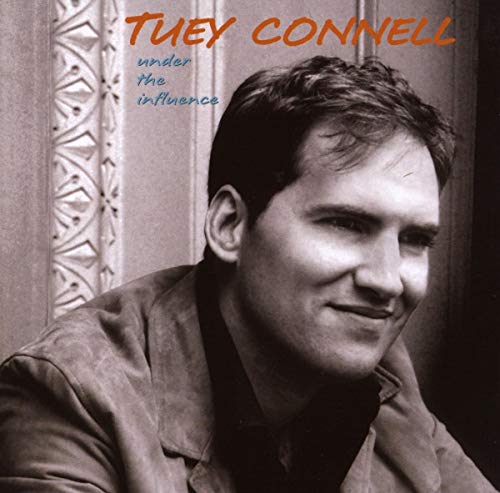 On Under the Influence, Tuey Connell displays a versatility that transcends his singing. He also plays the guitar and banjo and contributes a trio of original songs to the lineup. The band supporting his effort is top-notch: Steve Klink on piano, Henning Gailing on bass, Markus Rieck on drums and Geof Bradfield on tenor sax.

On the introspective ballad "I Thought About You" Connell adds suitably slow phrasing. And the band plays ably behind him, especially Bradfield, who adds a wonderfully bluesy solo. On "No Moon At All" he makes the banjo sound almost seductive. And when was the last time you heard a banjo and tenor sax sharing the same air space on a ballad? One of Connell's originals, "Malady," is a tale of two songs. The first half is taken at a slow tempo; the second half is an up-tempo showcase, with Connell, in speed and delivery, sounding like Jon Hendricks vocalese. The leader adds a vivid guitar solo, then the band takes over and goes to town.

Connell doesn't restrict himself to standards and torch songs. He can sing the blues ("Why You Been Gone So Long") and he does an admirable job with Marvin Gaye's "How Sweet It Is." His original songs feature middle-of-the-road lyrics in the jazz standard tradition, supported by excellent music and arrangement. His overall vocal style is light and laid-back, even during ballads. He adds an occassional sultriness to the mix, with a few dashes of scat singing thrown in to complete the pedigree. And the other musicians are outstanding. Klink, Gailing, Rieck and Bradfield each lend a distinct voice during solos, yet mesh flawlessly as a unit, playing with confidence and crispness. The story is that Connell spent the past few years in Europe paying his dues in order to make a name in the U.S. Under the Influence will go a long way toward writing his ticket.