U2: U2: Songs of Innocence Deluxe Edition

BY DOUG COLLETTE
December 7, 2014
Sign in to view read count 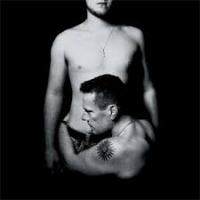 Given the controversy that arose around the unilateral download of U2's Songs of Innocence, it's either brave, foolish or greedy to see the issue of the album in various physical forms in such short order. Yet the group confounds even further in the way they can, when playing and singing, leave behind the posing, pomposity and lethal careerism. Thus, the prospect of unreleased material and alternate takes of tracks from the original list can't help but pique the curiosity.

It's safe to say "Lucifer's Hand" boasts a more immediate hook than anything on the original album and it's as provocatively self-referential as anything on the record, particularly as it juxtaposes images of clubland the likes of which U2 are known to frequent on a regular basis with the biblical reference 'if I can't change the world...'It begs the question if the (un)knowing self-awareness that crept into these songs is taking hold or representss simply the germination of the process.

"The Crystal Ballroom' may even deepen the conundrum though, as its lyrics, set over a metronomic beat and interrupted by a fluid yet somewhat mechanical guitar solo, read like a daydream from a scene where the speaker finds himself alone in the proverbial crowd. Bono's stilted delivery doesn't enhance the credibility the words aim for, but his vocal on the opening of the 'Acoustic Sessions' proves he can still be a great singer without overreaching to his now-caricatured histrionics. In fact, he understates himself beautifully as the track crests with washes of strings before dissolving back to a single acoustic piano.

Besides "Every Breaking Wave," this suite of stripped down arrangements is only relatively sparse, as "Raised by Wolves" features a baroque horn chart far removed from the unplugged guitars that form the foundation of this version of "Cedarwood Road;" the U2 nucleus of musical and personal chemistry that transcends their collective contemporary persona only rises further above the psychic clatter when touches of strings come and go. "Song for Someone" in this outlined version brings to mind the spacious fluidity of October (Island,1981) and the spontaneity of Rattle and Hum (Island, 1988) , that prolonged gestation of Songs of Innocence which so contradicted those virtues.

And this take of "The Miracle (of Joey Ramone)" sounds like nothing so much as an impromptu singalong springing from the completion of its lyrics, the sound of hand claps its only instrumentation besides acoustic guitars. The layered production of this alternative version of "The Troubles" is cinematic in its mix of textures, yet there's little sense of the quartet playing here: a solo Bono cut might well sound like this. In contrast, Tchad Blake reminds of his creative slant on recordings of Los Lobos and Phish with his 'Alternative Perspective Mix' of "Sleep Like A Baby Tonight:" he gives a shifting 3D depth to the vocal and instrumental components in which U2 sound they are truly using the recording studio as an instrument in itself.

Listed as only five tracks on the double CD package, their running time clocks at close to forty-five minutes and with inserts of lyrics, production details and other folderol included, this 'Deluxe Version' of Songs of Innocence is capped off by the 'secret' inclusion of "Invisible," originally made available as a one-off during a Super Bowl commercial in February 2014 (and subsequently as a free download for a limited time for the sake of charity): its patently transparent lyrics set in the context of this package and, with the benefit of brief hindsight, make for a fitting conclusion of deliberate or accidental self-commentary.

It's a listening experience that, if U2's paradoxical personae are temporarily shunted aside, hearkens to the days of The Joshua Tree (Island, 1987), when b-sides of singles and additional tracks on their twelve-inch counterparts made collecting records a joy and another means to give due to a band as loyal to its fans as it hoped they were to the group itself.