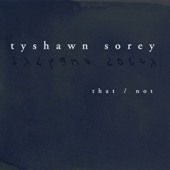 This is drummer/pianist/composer Tyshawn Sorey's first outing on record. It's a two-disc manifesto of some downright iconoclastic music, and the work of a quartet of musicians with their eyes seemingly on expansive, open, new vistas.

That much is clear in every note they play. Thus, "Leveled" on the first disc is an exercise in stealth and nuance where Sorey proves himself to be a percussionist of infinite subtlety, one seemingly hyper-aware of shading and of charting the perhaps studiedly halting progress of trombone and bass. The overall effect is that of a group working within the widest parameters of the avant-garde, and the music has no obvious precedents.

The pervasive feeling throughout this programme is that Sorey and his colleagues have arrived fully formed on the scene, in the same way as saxophonist Ornette Coleman's quartets did on that body of albums they cut for Atlantic all those years ago. Having said that, however, the often reductionist nature of Sorey's music does invite comparisons both helpful and otherwise, as per the nearly forty three minutes of "Permutations For Solo Piano," where the overlap between it and Morton Feldman's For Bunita Marcus (Hat Hut, 1994) is nothing if not overt.

Both pieces are dark of mood and hemmed in by almost claustrophobic restrictions, and the result in both cases is musical expression pared to the bone, with the relative comforts of melody and harmony denied to the listener. The quality of stasis is common to both pieces as well, and in both cases that quality is amplified by duration.

The edginess of "Seven Pieces For Trombone Quartet" is an exercise in comparative safety, however. Here the full quartet of trombone, piano, bass and drums carves out its own territory in no uncertain terms, and the lack of interest in established approaches again makes for music that requires and rewards attentive listening, dependent as it is on nuance. The results are again pared down, a music in which silence has a key role to play.

The full quartet is again present on "Sacred And Profane" on the second disc, the piano intro of which is soundtrack music in the best sense before the piece mutates into something akin to a dark approximation of Viennese serialism in which trombonist Ben Gerstein proves himself to be a player of extraordinary sensitivity on a horn with no great track record in that regard. Again colour and nuance are to the fore.

"Template III" and "Template IV" serve the same purpose on this disc as "I" and "II" do on the first, and the way in which they similarly punctuate the programme lends the music a cinematic feel.

This is a group of deeply empathetic musicians and the music they make proclaims its individuality from the rooftops, for all of its essentially unassuming nature. On a superficial level that's paradoxical, but the fact remains that this is music of perpetual shade, seemingly purged of comforts small or otherwise. The iconoclasm this implies is manifested in abundance here and as such it's the work of artists engaged with a future alive with possibilities.