By JEFF DAYTON-JOHNSON
June 5, 2006
Sign in to view read count 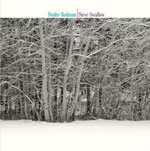 Deidre Rodman's third release on Sunnyside is accompanied by a poetic statement of purpose: "Growing up in Idaho, she begins, "the mountains became a part of my consciousness. We are led to expect a backward-looking meditation on natural beauty. A backward-looking meditation is what we get, but its reference points are socio-cultural, not geological.

To start, her playing is accented by country & western and gospel music, black and white. Rodman plays country piano the way that Keith Jarrett might (compare her "Sunday Drive to Jarrett's "Radiance Part VIII, from his 2004 release Radiance), with an unapologetic sentimentality and forceful rhythm. "In the Valley also features very strong and propulsive two-handed playing.

But Rodman is equally capable of a very light touch, as on "Hymn, a reworked version of "My Heavenly Father Loves Me in which her notes are few, crystalline and exquisitely placed. "Separate and Beautiful and its two alternate versions ("Midnight Snow-Bright and "Two Lights ) are lighter still: succinct, Zen-like sketches that almost don't exist as compositions.

We have come to expect elegiac piano/bass duos to feature acoustic bass, but Steve Swallow plays the electric instrument instead, making it sound very much like a guitar at times (as on the sumptuous "Still One ). Swallow's accompaniment, needless to say, is flawless, but then he's been at it a long time: he first recorded "Domino Biscuit (a version of which is included here) when his duo partner was three years old.

Two minor quibbles. Some of the cuts disconcertingly fade out at the end in the manner of pop records, a practice not usually associated with this type of performance. Often the sound fades just as Rodman and Swallow are playing beautifully, giving the impression that we are missing out on something valuable. At the same time, many of the very short numbers sound a little like lovely ideas that are not fully worked out. I would have preferred hearing the faded-out numbers run a little longer and some of the shorter ones saved for fuller development on a later record.

"Recently I returned home: the mountains are still full of mystery, but maybe in time they will reveal their secrets, Rodman concludes in her manifesto. Maybe, but on the evidence of this fine new record, the mysteries of her past are more profitably pursued not in the landscape outside her parents' car window, but in the strains of music emerging from the car radio and from the churches in the little towns through which they drove.

Regardless, if this record is the sound of Rodman seeking to uncover secrets of the past, I hope for our sake that it takes her a long time to get to the bottom of the mystery.