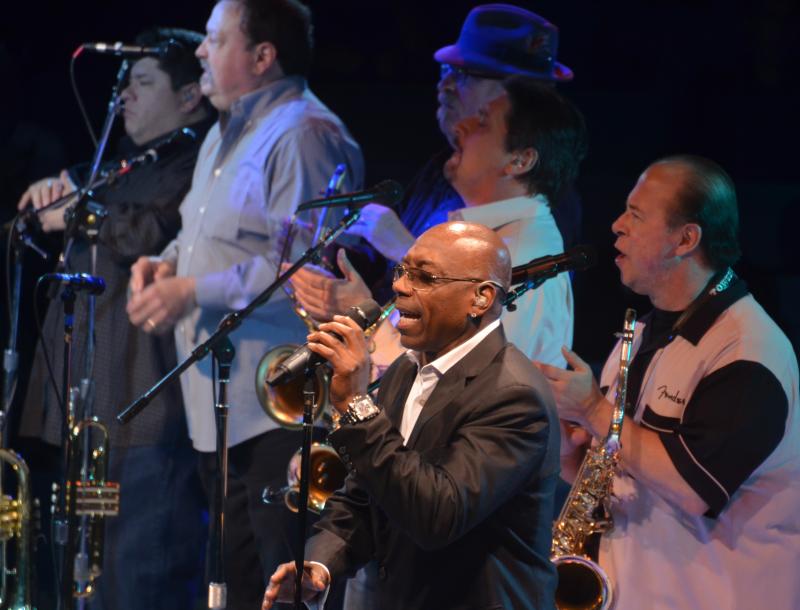 By MIKE PERCIACCANTE
May 12, 2012
Sign in to view read count
Tower of Power with Special Guests War
NYCB Theatre at Westbury
Westbury, New York
April 18, 2012
The Funk and Soul were flowing freely as Tower of Power and War both performed virtuoso sets at the NYCB Theater in Westbury, NY on this slightly chilly and overcast April evening.
At precisely 8pm, War took the stage to a smattering of claps and a few whistles. It wasn't very long after the band had played a number of their hits that the polite applause became rousing cheers, catcalls and pleas for more. Vocalist Lonnie Jordan (currently the only original member playing in this incarnation of the band) and his group of merry soulsters' set was described by members of the audience as the "War greatest hits set." Quite capably setting the stage for Tower of Power, Jordan effortlessly and joyously reached into the band's vast catalogue and delivered a top-notch, tight and jamming set that included songs that even the most casual popular music fan would undoubtedly know. "The Cisco Kid," "Why Can't We Be Friends," "Low Rider" and "Spill The Wine" were all played with high-energy and joy to a very receptive audience.
They had gotten the audience in the mood to party. After a short twenty minute break, Tower of Power took the stage. The Oakland, CA band wasted no time as they set the tone for their set with the infectious "We Came To Play." The current lineup, which featured bandleader/vocalist/tenor saxophonist Emilio Castillo; new lead singer Larry Braggs (who is an excellent replacement for the departed Lenny Williams); Adolpho Acosta on trumpet; Jerry Cortez on guitar; drummer David Garibaldi; Sal Cracchiolo on trumpet and trombone; "Doc" Kupka on baritone sax; Tom Politzer on tenor sax, bassist Rocco Prestia and Roger Smith on keyboards, used the Westbury venue as their private time machine. Music has an amazing ability to bring to mind happy and special moments in one's life. Minutes after the band began to play, and well before Braggs addressed the crowd, many members of the audience were clearly lost in the moment reliving and reveling in their youth. 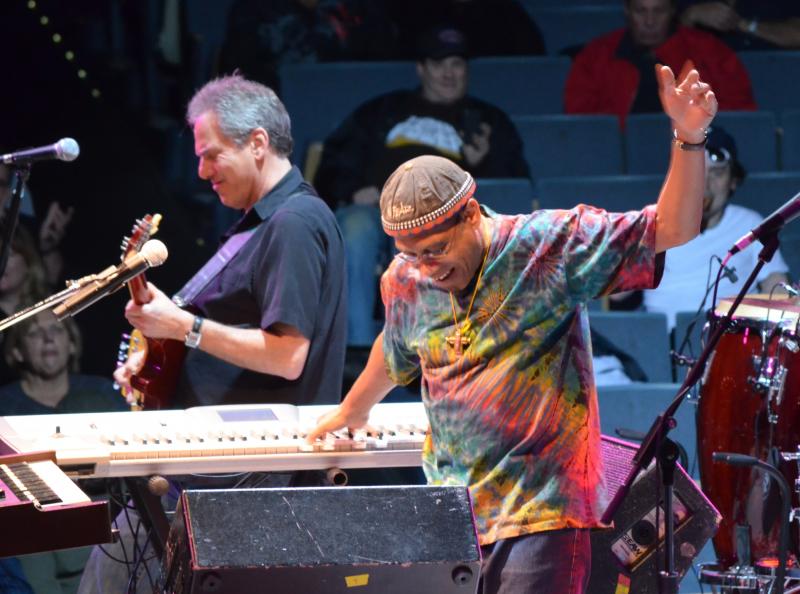 The band whipped the crowd into a frenzy by punctuating their set with the soulful and funky horns that they are known for, syncopated dance steps and old favorites like "Soul With a Capital S;" "You Got To Funkifize," "This Time It's Real," "What Is Hip?," "Still Diggin' On James Brown" and "Soul Vaccination." The evening, however, wasn't an oldies show, as the band played deep into their catalogue. They included new offerings such as "Me & Mrs. Jones" from The Great American Soulbook (Top Music, 2009) as well as a few rarities ("Come Back Baby" was introduced as "a song you haven't heard in a long time...").

The band also played the very appropriate "Ain't Nothing Stopping Us Now," which also helped serve as a reminder that Tower of Power, even forty years down the road, still has what it takes.