By John Eyles
November 21, 2022
Sign in to view read count
Insub dates back to 2006 when it began in Geneva, Switzerland, as a netlabel called Insubordinations and a non-profit association, initially called Association Insubordinations, both soon shortened to Insub, for obvious reasons. The Insub Meta Orchestra was founded in 2010 by the duo of percussionist Cyril Bondi and electronicist Laurent Peter, aka 'd'incise.' Ever since, the duo and the orchestra have figured prominently in the Insub story. Down the years, the label has released experimental, improvised and composed music in a variety of formats—download, cassette, download plus fold out card sleeve, vinyl, CD—some as experimental as the music itself... 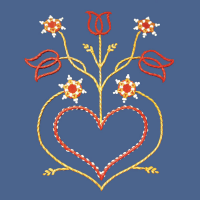 Bondi, d'incise or both together are credited with some involvement in the vast majority of Insub releases —in the case of d'incise, sometimes for artwork, mixing or recording. However, those releases which feature the two performing together—as a duo (sometimes called Diatribes), in a small grouping with one or more others, or in the Insub Meta Orchestra—represent the core of the Insub catalogue. Nonetheless, Le Secret is one of the few albums to feature Bondi and d'incise together as a duo, and so merits attention. Atypically, the album does not feature Bondi on percussion or d'incise on electronics. Instead, both play bells of various descriptions.

The genesis of this project occurred when Bondi wondered about and researched the choice processes in making a set of bells for a cow herd in the Swiss mountains. Later, he and d'incise were granted access to a thousand-piece collection of bells, and picked a few sets to use for this recording. Recorded at Maison de la Cloche & de la Mémoire Populaire, in Juriens, Switzerland, bells are the only sounds which are heard across the album's four tracks, with a total duration of forty minutes. Rather than the ringing sounds associated with church or hand bells, here it often sounds as if the two are genuinely going through the procedures necessary to select bells for a cow herd. Each bell strike is allowed to fade away to silence, which can take twelve seconds or so, before the next is struck. The purity of each sound, allied to first rate sound recording throughout, seems destined to draw many listeners into Bondi's pondering... How would one choose a set of cow bells? Aside from that dilemma, throughout the album the bells make compelling listening. 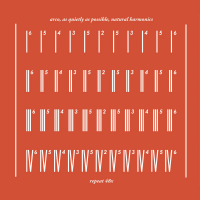 As its title suggests, For Four Double Basses brings together four double bassists who also compose: Australian-born, Berlin-based, classically-trained Jonathan Heilbron maintains contact with the classical, contemporary and experimental worlds; renowned for his solo work, Mike Majkowski is of Polish origins but is also based in Berlin; American Andrew Lafkas resides in New York and has previously worked closely with composer Bryan Eubanks; Dutch-born Koen Nutters lives and works in Amsterdam and Berlin, and mainly works in the experimental music field.

Although four bassists playing together may seem unusual to followers of jazz or improv, it is worth recalling that compositions for four basses together date back to 1933 when composers Bernard Alp and Arcady Dubensky, independent of one another, each composed a piece for four basses. On For Four Double Basses, the four perform the 2013 title piece by composer Bryan Eubanks, the album having been recorded at Ausland, Berlin, in September 2018, and comprising two tracks, the first playing for twenty-four minutes and the second for twenty-three.

Eubanks' composition divides the strings among the players so each of them plays only one string and each string is represented. Each player bows natural harmonics on his string, holding each note for a chosen duration and allowing a pause of half that duration between notes. Interestingly, the album sleeve carries an instruction to "Play at as quiet a volume as possible." The cyclic nature of the notes being bowed, combined with that instruction, gives the music a pleasant ambient quality which is relaxing and tranquil, making it a pleasure from start to finish. 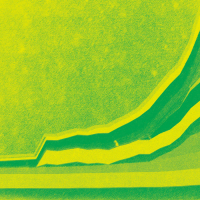 Acceleration is Insub Meta Orchestra's ninth album release, the eighth on Insub, the sole exception being 13 & 27 (Another Timbre, 2017). As on the orchestra's past releases, the sheer number of musicians and the variety of instruments they play is breath-takingly impressive, with Bondi and d'incise both credited with composition and direction, no mean task with some thirty-five players playing instruments as diverse as viola de gambe to electric guitar, spinet to objects, and five players credited with electronics.

Recorded at Le Lieu, in Valle de Joux, Switzerland, in July 2022, the album comprises one thirty-two-minute track which seems rather frugal given the time and effort it must take to assemble the orchestra. Nonetheless, the quality of that track more than compensates for its brevity. Rather than using the large number of orchestra members to raise the volume of the music, Bondi and d'incise exploit the variety of sounds at their disposal to create a richly detailed soundscape which constantly evolves in ways that are fascinating and stand up well to repeated listening.

Taken together, these three albums are a very good advertisement for Insub as they demonstrate the continuing quality and variety of its releases. On this showing, it will continue to be a label worth watching for the foreseeable future.