Theo Travis: View from the Edge & Earth to Ether

By John Kelman
December 9, 2004
Sign in to view read count
Theo Travis is yet another British jazz artist well-known in his own country but sadly under-appreciated elsewhere, especially in North America. With nearly ten records to his name, and involvement with Canterbury-related group Gong, progressive rockers Porcupine Tree, and singer Anja Garbarek, daughter of Norwegian legend Jan, it's no surprise that Travis' own records reflect a rich diversity—an eclecticism that is brought together by Travis' confident tenor tone and lyrically ethereal flute. Truth be told, like many jazz musicians of his generation, Travis' influences run far and wide, equally informed by King Crimson as he is Stan Getz; as much influenced by Chick Corea as he is Brian Eno.

The past two years have seen a deluxe two-disc reissue of one of his earliest albums, View from the Edge (33 Records, '03), as well as a new release, Earth to Ether (33 Records, '04), the first focusing primarily on Travis's skills on saxophone, the latter on his sublime and lush flute. Taken together, the two recordings paint a portrait of an artist who, in many ways, demonstrates how Canterbury groups including Soft Machine, Hatfield and the North, National Health and Caravan might have sounded had they leaned a little more towards the acoustic and traditional jazz side of the equation. 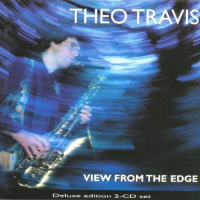 When View from the Edge was first released in '94, it received significant attention in the UK, winning album of the year by the Jazz on CD readers/critics poll. Nine years later Travis revisits the recording in a deluxe two-disc edition that places the remastered disc alongside a bonus disc with alternate takes, two reconstruction/remixes and a live track. The result is an album that reflects Travis' roots and, at the same time, provides a perfect segue to his latest release, Earth to Ether.

The original album sports everything from the fairly straightforward approach of the long-form "Fort Dunlop" and "Empathy," both of which have their own sense of swing, to an up-tempo version of Cole Porter's "Love for Sale," the only non-Travis tune of the set. On these tunes Travis demonstrates a lithe dexterity on tenor that puts him in league with another, perhaps better-known, British woodwind player, Tim Garland. Travis' compositions, however, demonstrate a different kind of breadth to Garland, with the title track a surprisingly aggressive piece that pits Travis against guitarist Mark Woods' rock-inflection and drummer Ichiro Tatsuhara's pounding rhythms; and "Psychogroove" a powerful funk tune with a convoluted theme and piano-driven bass line that provides a link between Travis' more clear-cut jazz leanings and the Canterbury style that would more inform his later work.

On the bonus disc the alternate takes of "View from the Edge," a stripped-down "Fort Dunlop" and a version of the modal-informed "Freedom" with Marshall and Clyne replacing Tatsuhara and Statham in the rhythm section, all provide interesting alternatives to the original album versions, with "Fort Dunlop" being, perhaps, the most revealing of the three as it provides a view as to how the tune worked in live performance. The live version of "The Ghosts of Witley Court," using Travis' real-time flute looping that he calls ambitronics and substituting Mark Woods' guitar for Tony Coe's bass clarinet on the studio version, is more abstract and feels somehow darker and more threatening.

But the gems of the bonus disc are the reconstructions/remixes of "Psychogroove" and, especially, "The Purple Sky"; the first by Travis' own otherworldly ensemble Cipher, and the second by Soft Machine bassist Hugh Hopper, no stranger to the concept of looping, sampling and reconstruction himself. "Pyschogroove" retains much of its funk edge, but also delves into more ambient territory, whereas "The Purple Sky" is a more radical reworking, taking the original piece, as airy as it already is, and transforming it into more sensory-encompassing piece. Driven by an introductory loop of Wood's guitar, with Travis' flute, looped, layered and reversed creating a deeper texture that leads into loops of the rhythm section creating a backdrop for Hopper's own fuzz bass, Hopper's remix truly demonstrates the infinite possibilities that are inherent in any single piece of music.

Cleverly combining a strong sense of the jazz tradition with more contemporary tendencies, this new deluxe edition of View from the Edge gives existing fans the opportunity to revisit the album that broke Travis onto the UK scene, while providing new listeners a context with which to approach Earth to Ether. 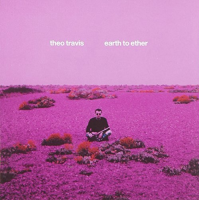 Earth to Ether, when placed in direct comparison to View from the Edge, demonstrates just how far Travis has come in the intervening years, yet also illustrates a conception that has existed all along and continues to be honed.

Concentrating on flute this time—Travis plays sax on only three of the nine pieces—the atmosphere is more ethereal, more elegant, and his allegiance to the Canterbury sound is more dominant, possibly because groups like Caravan and Hatfield and the North made strong use of the instrument, but also because of a certain airy and pleasant sonority of the material. The appearance, on three tracks, of ex-Hatfield and the North and Caravan bassist/singer Richard Sinclair, this time on vocals and guitar, cements the link.

And yet, for all Travis' influences, his general leaning towards a more acoustic sound gives his material distinction. He has an uncanny way of making his compositions match their titles. "The Mystic and the Emperor," with it's dark tone that opens up into an up-tempo solo section with shades of Brazilian music somehow embedded, feels wholly appropriate. "The Munich Train," a duet between Travis' flute and Sinclair's voice and guitar manages, remarkably, to truly evoke the image of a train trip, from the gradual pullout from the station to the more propulsive middle section that reflects the train picking up speed. Travis ends the piece with a richly visual instrumental section where he uses his ambitronics method of looping flute phrases in real time to create a rich wash that conjures images of distant places.

There are few players who would be brave enough to attempt an acoustic rendition of King Crimson's classic "21st Century Schizoid Man," but Travis excises the instrumental section in the middle of the piece, and turns it into a truly schizophrenic take, slowing down the rapid- fire ensemble passage from the centre of the original piece to half-time and positing it as a hip hop-inflected theme, going into double-time for the solo section and then returning to the half-time theme. As always, Travis' tenor tone is robust and clean. On "Marti," he demonstrates his debt to Stan Getz on a bossa-inflected piece that features guest guitarist Mark Wood on classical and electric guitars.

For the most part the album features Travis' current touring group of pianist Simon Colam, bassist Andy Hamill and drummer/percussionist Marc Parnell, players who have developed a clearly simpatico approach. On the charged and polyrhythmic "Things Change" the rhythm section manages to hold the convoluted pattern together, gradually building in intensity until the end, where Parnell gets the opportunity to strut. "Full Moon Rising Part 2" is essentially a blues, and gives everyone a chance to blow, with Travis switching from flute to tenor for his solo, and to give added weight when the group returns to the lightly funky theme at the conclusion of the piece.

With View from the Edge and Earth to Ether demonstrating an eclecticism that is tied together by a generally acoustic approach that still manages to blend in some contemporary ambiences, Theo Travis has established himself as a leader with a specific vision that brings together a multitude of influences into a unified and distinct concept. And as Travis becomes increasingly busy with both his own projects and work with others including Gong, Anja Garbarek and Cipher, it is only a matter of time before he gains exposure in North America, and the broader audience he deserves.